With plans for a July launch, Renault will soon be launching its most budget-friendly 7-seater to date. How does it compare against its most popular model?

To cater to India’s growing car demands, Renault will launch two all-new models. The first to launch will be an MPV that has been internally codenamed RBC. It will be called Triber in the market and will be pinned on the updated version of Kwid's CMF-A platform. It will be even powered by a new version of the hatchback's1.0-litre SCe three-cylinder petrol motor. However, while he Triber does hit home with loads of space, features and a fuel-efficient small motor, the Kwid doesn’t fall behind in those criterias as well. In this article, we’ll be comparing the two Renault models against each other, in order to gauge which model is bust and which gives you the best bang-for-your-buck. 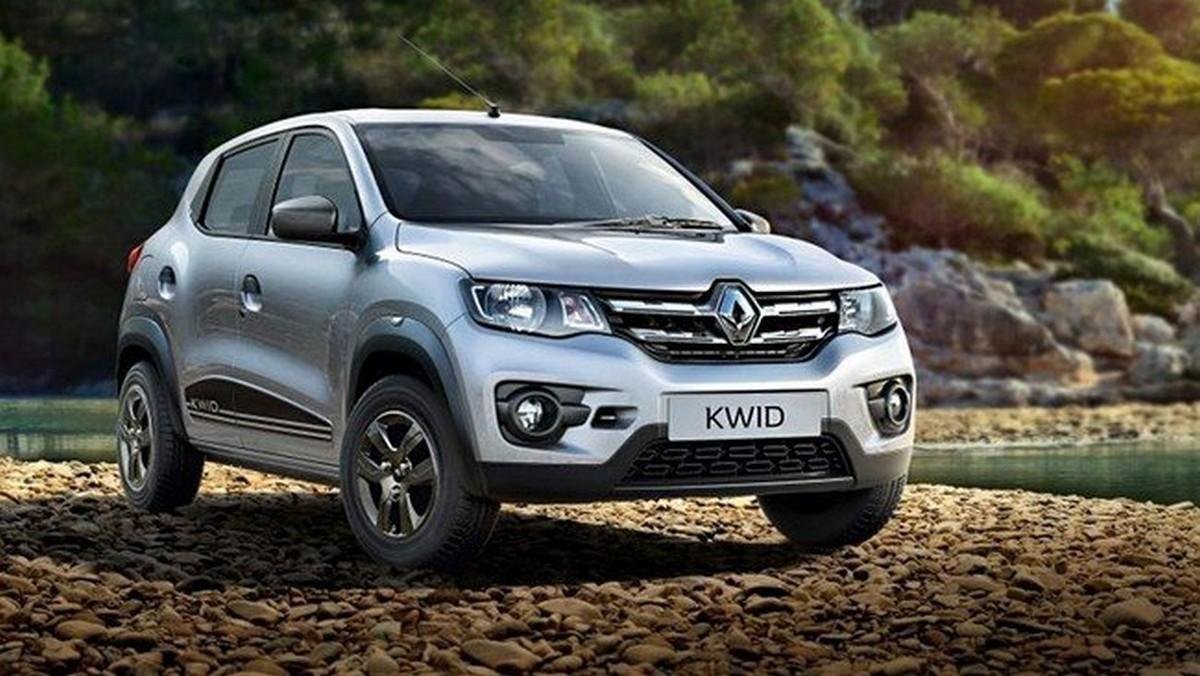 The Renault Kwid has looks which are unlike any other in the segment it competes. It may try to fool you with with its faux SUV-like stance, yet what it is is wide mini-hatchback built on a tall suspension. Don’t get me wrong on its looks though, the Kwid is undoubtedly the meanest looking kid on the A2 block. There are several defining features which are also in line with Renault’s family design. For example, the headlamps are big bold units coupled to indicators housed in the same casing, a large Renault lozenge sits in the centre of the bonnet, it gets two-piece chain link grille as its background and the bonnet gets a power bulge. The sides also look sculpted with flares fenders and blacked-out protective plastic cladding on the wheel arches. In terms of features, it gets 13-inch alloy wheels on top-end trims and rear parking sensors as standard on all variants, as mandated by law. The Triber, on the other hand, will be equally, if not, better looking than its smaller sibling. While the Triber is likely to have shades of the Kwid, it will have its own distinct appearance. At the front, it will likely feature a pair of new stylish set of headlamps equipped with LED DRLs. The front fascia could even have a wider lower grille flanked by fog lamp housings. The Triber might get larger sized wheels and tyres too, in order to accommodate its added bulk over the Kwid. While the Renault Kwid hits the sub-4 metre mark perfectly, it still gets a roomy cabin with ample space for front passenger comfort. We appreciate Renault’s effort in stepping up the creature comforts game for mini-hatchbacks in India. It gets a jet fighter style semi-digital instrument cluster, a 6.9-inch touch screen infotainment system with Android Auto and Apple CarPlay compatibility, voice recognition with a video playback feature and a rearview camera with a sound warning and parking guidelines as standard. The rear accommodation on the Kwid though is what will lead potential customers straight to the Triber. While it does get an armrest for the rear passengers in the Climber variant, space is tight, and there is no option of electrically-operated rear windows on any variant. The Renault Triber will have a short wheelbase that will be tailor-made to fit up to 7 occupants in reasonable comfort. We expect the cabin to look a fair bit like that of the Kwid. It will have many new features, with one of them being electrically-powered rear windows. Other niceties may also include comforts like a large electrically-operated sunroof, automatic temperature controlled AC unit, steering-mounted audio and telephone controls and a dual-tone interior theme. However, we aren’t done yet folks. Another big talking point, probably the Triber’s biggest USP is the fact that the car is likely to be the first in India to feature a removable third row of seats for added versatility. Owners can have the option of carrying extra passenger or extra luggage, depending on their choice and need at the time.

In this aspect, the Renault Kwid gets two petrol engine options coupled to two transmission option across its variants. The first is 800cc three-cylinder making 54bhp and 72Nm of torque, the second option is the 1.0-litre SCe unit which makes 67bhp and 91Nm of torque. Both the motors are on sale with a 5-speed manual and 5-speed AMT option. Moreover, the AMT version now gets a Traffic Assist feature, helping the vehicle to crawl forward in slow-moving traffic or rolling back on inclines. On the other hand, the upcoming Triber will only be available with one engine option but coupled to two transmission options. It will get a modified version of the same 1.0-litre SCe three-cylinder petrol engine with a turbocharger. An official word on the power figures aren’t out yet but it is likely to get an added 7bhp to the mix. While that can’t be called substantial, it brings the total power output from that engine around the 75bhp mark. Transmission options will include a 5-speed manual and a 5-speed automated manual gearbox. Both, the Renault Kwid and Renault Triber will be built on the same platform, albeit in different states of modification. The platform in question is based on the Common Module Family (CMF) architecture. It was originally developed by Nissan. Developed under the same company umbrella, the Kwid was specifically developed on the CMF-A platform because of its compatibility with smaller body structure and engine classes. However, the modern and light CMF platform is versatile enough to accommodate a slightly larger architecture with minimal modification and still classify for the sub-4 metre tax exemption that cars like the Kwid and Datsun redi-GO benefit from. The Kwid measures 3,679mm in length, 1,579mm in width and 1,478mm in height, along with a wheelbase of 2,422mm and ground clearance of 180mm. While Renault is still keeping tight-lipped about the Renault Triber’s dimension details, the upcoming MPV will be relatively similar to the Kwid. The biggest difference between the two will boil down to its length and wheelbase to accommodate the third row of passengers. Despite the added bulk to serve the MPVs purpose, the new RBC will measure less than 4 metres in length to help keep prices aggressive. In terms of safety, both cars will be equally well endowed. The biggest and most important is the structural rigidity of the CMF platform itself that the Kwid and Triber are built on. It has been built and tested to meet stringent norms for architectural integrity. Along with this, all variants of both models will get the driver and passenger-side airbags, ABS, rear parking sensor, a speed warning system and seat belt reminders as standard equipment. As for the pricing, there is no doubt that the Renault Kwid will come out as a more attractive option over the Triber just looking at the price. The mini-hatchback starts at a price tag of INR 2.66 lakh (ex-showroom) for the Standard 0.8 variant and goes up to INR 4.63 lakh for the Kwid Climber AMT version, with 6 more variants between these with a minor bump up in prices. The Renault Tiber, on the other hand, will serve a different purpose. The car will be built to appeal to customers with large families or want an adventure-vehicle on a budget. Talking about the price points, the car will definitely add a sizeable premium over the Kwid and that seems justified. It does have a lot to offer over and above its entry-level sable mate. Reports from the company and other sources suggest that the new Triber’s model range is likely to start with a price tag around the INR 5.3 - INR 5.5 lakh (ex-showroom). Top-end models, with all the bells and whistles, are likely to reach a the INR 7.0 - INR 7.5 lakh mark.