One of the direct rivals to the next-gen Hyundai Creta will be its own sibling, the Kia Seltos. How the new Creta could fit well in the competition with the Seltos SUV? We line the two SUVs up, on paper to find out.

Kia Motor’s first entry into India, the Kia Seltos has been launched in India today, August 22, 2019, at the introductory price of Rs 9.69 Lakh (ex-showroom, Delhi). The new Seltos will enter the hotly-contested compact SUVs segment and go toe-to-toe with the likes of Tata Harrier, MG Hector, Nissan Kicks, Renault Captur and especially, the segment-leading Hyundai Creta. True! We totally agree that the new Kia Seltos is an aggressive SUV. From its attractive looking design, amazing engine-gearbox combos in BS6 form, high-tech features to the superior quality, the Kia Seltos is said to sit in the sweet spot from day one. That is to say, the Kia Seltos is scaring many of its rival cars in India and the same goes for the Hyundai Creta. 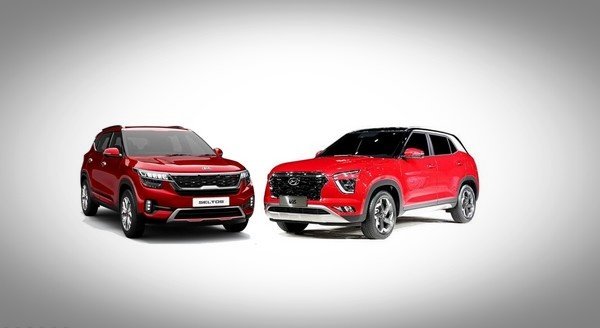 The Hyundai Creta is truly a big successor. Being an excellent sale driver for Hyundai, the best-selling Creta is all set to comeback in its second-gen avatar for some time in 2020. Recently, the second-gen Creta has made its global unveil in Shanghai Motor Show and the new SUV has been spotted for the first time on the outskirts of Chennai as well. Expect the upcoming all-new Hyundai Creta will be a special SUV as it marks the completion of 5-year existence in the Indian market. We’ve previously told you that the new-gen Creta will share many things in common with its own sibling and also its direct competitor, the Kia Seltos. So what sets these cars apart? We’ll analyse in our 2020 Hyundai Creta Vs Kia Seltos comparison, comparing their design, dimensions, engine options and more. India is an important market when it comes to the design and Kia knows that well. While beauty is subjective to the people’s eyes, we all agree that the Kia Seltos is a handsome-looking attractive SUV. Since the Kia Seltos marks the beginning of the company’s innings in India, Kia has left no stone unturned to help the Seltos garner a whole bunch of attention from auto fans. 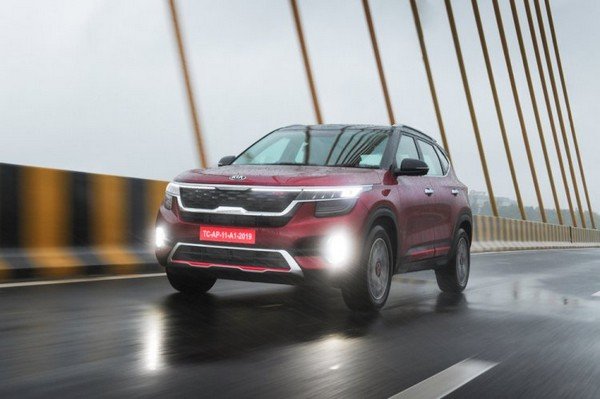 The front fascia of the Seltos features Kia’s signature Tiger Nose upper grille with knurled-effect chrome finishes that give it a striking look. But the major highlights here should be the two-layer crown jewel LED projector headlights, ice-cube LED fog lamps and the interesting heartbeat-shaped LED daytime running lamps. The 17-inch alloy wheels really stand out on the side profile of the car, especially the machine-cut alloys with red callipers on the Seltos GT line variant. The rear end also looks pretty nice with heartbeat-shaped LED taillamps and well-designed twin faux exhaust outlets.  Kia has made it spot on the sporty theme and all in all the Kia Seltos looks very fantastic. While the design of the 2020 Hyundai Creta is yet to be revealed, we’ve got a first glimpse at the China-spec Creta (which is called Hyundai ix25 in the Chinese market). If the second-gen Creta comes to us with a similar styling design as the Hyundai ix25, we can say that the new Creta will look much alike the recently-launched Hyundai Venue. That said, the new-gen Hyundai Creta will carry a more rounded stance. It will more likely to get a split lighting setup with sleek LED headlamps and daytime running lamps, a refreshed version of Hyundai’s cascading front grille, and split tail lamps and all. For some, the next-gen Creta might be eye-catching but in our obvious sense, it does not achieve the same impact as the Kia Seltos regarding the cosmetic appeal. 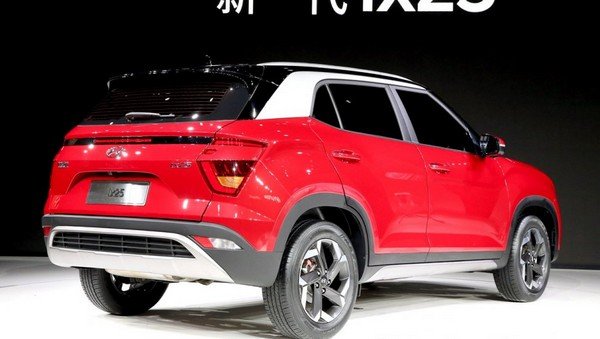 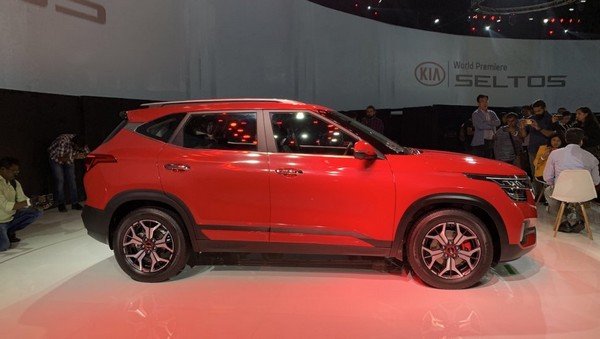 Since the launch of the Creta is still months away from now, it remains to know how much space it would offer on the inside. However, we expect the new Creta to provide as much interior room as the Seltos does. Until now, we can confirm that the 2020 Creta will be available in 5+2 seat configurations by 2021. Whereas, the arrival of the seven-seat version of the Seltos is yet to confirm. It is worth noting that the known dimensions of the new-gen Hyundai Creta are exactly as same as the China-spec Hyundai ix25, so the imminent India-spec model might be slightly different in terms of dimension. Kia claims that all the engine options of the Kia Seltos will be BSVI compliant from the word go. As we’ve said in our earlier reports, the BSVI-spec petrol and diesel engines that debut in the new Seltos will be soon making their ways in various other Kia and Hyundai cars, including the new Creta. Having said, all three engines of the Seltos will be mounted under the bonnet of the new Creta, too. Even the transmissions of the two SUVs might be the same, so we anticipate that there isn’t much difference in the specifications front.

As far as we know, the forthcoming Hyundai Creta will strike a similarity in terms of interior equipment. Just like some other Hyundai models, the all-new Creta will come up with Hyundai’s Blue Link connected technology that can be comparable to Kia’s UVO Connect tech. What remains to be seen here is how the Creta sets it apart from the Seltos sibling in terms of performance and fuel mileage. Some other factors that make a difference between the two are the exact prices and after-sale services of the models. Just a while ago, the Kia Seltos has finally gone on sale in India at the prices starting from Rs 9.69 Lakh (ex-showroom, Delhi). We predict that the new Hyundai Creta will be slotted right above at the price ranging around Rs 10 Lakh (estimated, ex-showroom).

Interestingly, Hyundai and Kia are standing under the umbrella of Hyundai Motor Company but they are functioning independently and fiercely rivals to each other in the many markets. With Hyundai Creta and Kia Seltos, Hyundai Motor Company is having two of its brands fighting in the same segment in the Indian space. Further details will be disclosed once the two SUVs are launched in the country.