Compare Honda City Old vs New: What Has Changed In The 2020 Honda City?

The 2020 Honda City is very different in comparison to the old City model. Here is the detailed comparison report between the new vs old Honda City.

The 2020 Honda City is set to enter India towards the end of the next year. Recently, the 2020 City has been unveiled at Thailand, hinting at how the next-gen car would look like when it arrives in India. The City moniker has been a long-serving and a popular car name in the Indian market. The current-model Honda City, even though it's a brilliant car, has started showing its age in the eyes of modern tech-savvy buyers. With the push of many other younger players in the segment, like Honda Amaze, Ford Aspire, or the best-selling Maruti Swift Dzire, Honda has none other choices than upgrading the Honda City with new advanced features and technology.

Just like what we expect from the new-gen City, the new executive sedan will get substantial changes over its current generation. The exterior design of the 2020 Honda City receives a host of cosmetic changes for a better visual appeal compared to the 2017 Honda City. The interior has been thoroughly revised as well and surely, we are going to see a new engine sitting under its skin due to the BSVI’s implementation. In this article, we pit the 2020 Honda City against its older version to see how these cars compare with each other on paper and what does the former have to offer on the table.

The new-gen Honda City will get increased proportions as against the old-gen model as per the details revealed in Thailand.

Internationally, the 2020 Honda City has a considerably grown-up size as it is essentially 113 mm longer, 53 m wider than the predecessor. However, the sedan now sits lower than the older one by 10 mm and its wheelbase has been shortened by 11 mm as well. We expect the India-bound 2020 Honda City would get the same sizes as the international-spec vehicle. Currently in India, the Honda City is measuring at 4,440 mm long, 1,695 mm wide, 1,495 mm high along with the wheelbase of 2,600 mm. The Honda City ground clearance is yet to be revealed while that of the old Honda City is at 165 mm.

If you have been following IndianAuto, you will have already seen a host of spy shots and speculative rendering of this upcoming sedan. Now the 2020 Honda City has just come under the spotlight from which we get an idea of how the India-spec 2020 Honda City would look. From our obvious sense, the 2020 City bears a resemblance to the Honda Amaze and Civic siblings in regards to the appearance. That means the next-gen City is more inclined towards the elegance and neatness in comparison with the sharp bold stance of the older generation. Still, we see the sharp lines and creases on the car’s side profile, running from the front door to the back and eventually merging with the tail lamps, but they are a tad sleeker than that of the older model. The 2020 Honda City features a flatter nose compared to the previous version with the presence of a square-ish grille and a bold horizontal slat upfront. The new-gen car comes with a pair of large wrap-around headlights embellished with LED projector treatments, daytime running lamps along with angular fog lamp housing. However, what seems to take a bit away from the front look of the new City is the simply-styled bumper.

As for the side profile, the new Honda City for Thailand sits on a set of multi-spoke diamond-cut alloy wheels shod with 185/60 R15 sized tyres. However, we expect the India-spec sedan to get a larger tyre size instead. Another change in the new City placement of the ORVMs, which are door-mounted instead of the window-mounted like the current. At the back, it comes up with a 3D design, new tail lamps which are said to be completely new LED units. However, the fifth-gen City now misses out on the chrome strip connecting the taillamps as featured in the current-gen City.

In line with the ever-growing requirements of the enthusiasts, the interior of the new City has been massively updated for a higher upmarket feel. That said, stepping inside the cabin, the 2020 Honda City has an all-new dashboard layout that looks much straightforward with all the functions and controls that we want them to be. 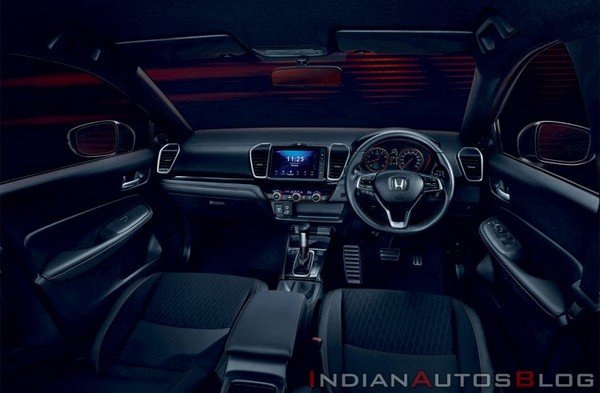 The interior design and tech of the car are shared with the newly-unveiled Honda Jazz which is unlikely to launch in India. A large touchscreen infotainment system dominates the centre console of the new Honda City model, along with a range of connectivity options like Android Auto, Apple CarPlay and Bluetooth. That said, the new Honda City ditches the asymmetrical design of the old City model and goes for a more conventional approach. The Thai Honda City gets an all-black interior theme but the Indian version might come with a dual-tone scheme just like the current-gen model. The instrument cluster gets tweaked dials along with a multi-information display in-between. The new City’s dashboard gets soft-touch materials for a better quality in comparison to the Honda City old model.

4. 2020 Honda City vs Old Honda City Features: Which Is More Convenient and Safer?

The 2020 Honda City comes with a longer list of features, thereby making it a safer and more comfortable car than the outgoing model. While retaining most of the existing top-spec City’s features, it endears itself with a range of safety bits, just making the roads a safer place. 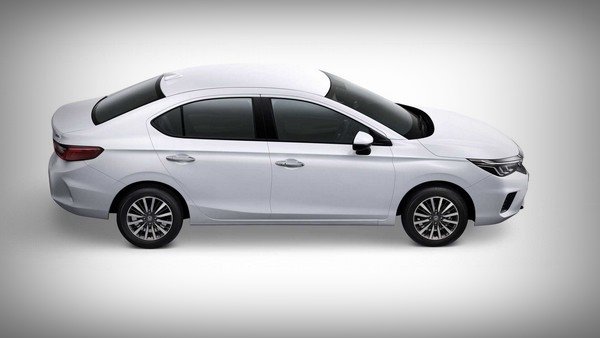 Also, the upcoming City will see an all-new 1.5-litre gasoline engine paired with Honda’s compact i-MMD mild-hybrid tech that has debuted in the new Jazz recently. However, Honda still keeps its mouth shut about details of the hybrid powertrain on the upcoming model. Notably, in the Thai market, the Honda City 2020 was unveiled with a new 122 HP 1.0-litre turbocharged petrol engine option mated to a CVT unit only. Nonetheless, this highly-fuel-efficient engine is not in the offing to enter India at the moment but could be brought in at a later stage.

Price of new Honda City will be certainly much higher than the old one due to the upgrades. Now the current-gen City sedan is priced at around Rs 9.81 Lakh to Rs 14.16 Lakh (ex-showroom, Delhi). We expect the new Honda City to falls in the range of around Rs 10 – 15 Lakh (estimated, ex-showroom).

Like the older Honda City, the upcoming Honda car will continue to compete against some rivals like Hyundai Verna, Toyota Yaris, Maruti Ciaz and Honda Amaze.

8. 2020 Honda City vs Old Honda City Verdict: Which model is worth buying?

Of course, Indian car buyers today are demanding more than what we did in the past few years. While the price is still a fundamental aspect for considering and buying a car in India, other affairs like design, safety, performance, fuel efficiency and comfort are also very important to an average buyer. The 2020 Honda City is expected to be launched amid much fanfare in our country. Also, in the used car segment, the older City is also amongst the top-selling car thanks to its high resale value and brand image. Therefore, if you're you are eyeing on buying a good used Honda City at attractive prices, you can browse thousands of listings of the City or other Honda cars available on Indianauto.com with ease. You can also check out our article on buying tips for used Honda City to aid you. Besides, we’re here to provide you with a number of detailed car comparisons which could be helpful to you to find your next perfect car. 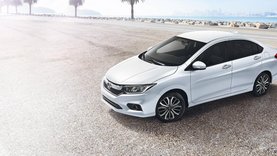