India-Bound Corolla Altis Vs. New Toyota Corolla: How Are They Similar And Different?

The 12th-gen Corolla has recently been released in the US and China with new exterior and interior design as well as specifications. In all likelihood, the China-spec model will come to India by 2020 to replace the Corolla Altis in the country.

The current Corolla Altis on sale in India is the facelifted version of the 11th-generation model launched in 2014. The new Corolla sedan is expected to have more modern features as well as a more powerful and fuel-efficient engine. Let’s compare the new Toyota Corolla debuted at the Guangzhou International Automobile Exhibition, which is anticipated to be introduced to the Indian auto market by 2020, with the current-gen Corolla Altis on sale to see what has been updated in the new model.

The new-gen Corolla sedan recently shown in China is marginally longer and wider than the current model on sale in the Indian market, by 20mm and 5mm, respectively. Despite the lower roof by 40mm, the wheelbase of the new Corolla remains unchanged when compared with its counterpart. Considering the minimal growth in the dimensions and the similarity in the wheelbase, the new Corolla is expected to have a cabin with the same size as the current model.

The Corolla Altis, when launched in India in March 2017 has been sharpened in the frontal appearance. Now, to add more sportiness to the vehicle, Toyota has decided redesign some of its front features. If we put the two vehicles next to each other, it is not hard to realize that the sporty design is more natural in the new version with slimmer headlamps, large C-shaped factors around the fog lamps, a bigger grille, all of which contribute to the aggressiveness of the styling.

The side profile gets no considerable tweaks. However, coming to rear, you can recognize the most thorough overhaul as regards the design. It now looks sharper with a tightened design which features excess bulk in the bonnet, headlamps, bumpers. The tail lamps have also been trimmed to look mean and lean, adding sportiness to the vehicle.

The new Corolla sedan is certain to be more appealing to younger customers than old ones, due to their sporty and masculine appearance. 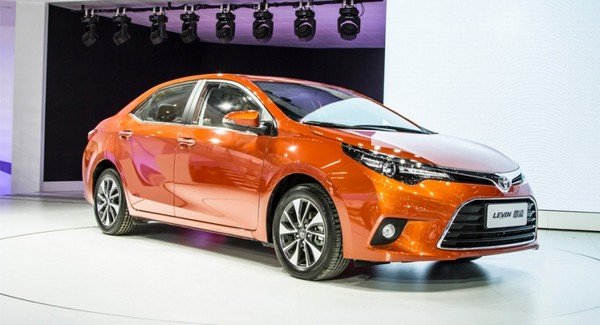 If we need to use two different words to describe the new Corolla’s exterior and interior, we would definitely use “sharper” and “minimalist”, respectively. While the current India-bound Corolla Altis sedan has a dual-tone (beige and black), the new one is expected to resemble the China-spec one with an all-black cabin. The simple all-black interior will be harmonious with the aggressive exterior styling of the car.

The new Corolla sedan will come with an all-black interior

The new Corolla sedan continues to be equipped with a three-spoke driving wheel but now it is slimmer for the purpose of making the cabin as simple and lean as possible. Moreover, the dashboard design also comes without a clutter. An independent touchscreen infotainment system is on top of the dashboard with air-conditioner vents just below it and air-conditioner controls far below. Like in most today exceptional vehicles, the central tunnel extending from the dashboard is not too large. The gear stick for the AT unit has a straight up and down motion instead of a slotted motion like that in the current Altis sedan.

The Corolla Altis currently on sale in India is powered by two engine options. The first is a 1.8L petrol motor which can deliver a maximum power of 140PS and a peak torque of 205Nm. Another engine option which also provides power for the current version of the Corolla Altis is the smaller 1.4L turbocharged diesel engine which can churn out 88PS against 205Nm. While both of two variants are available with a standard 6-speed manual gearbox, the petrol version’s engine can also be mated to an automatic (CVT) gearbox option.

On the other hand, the new India-spec Toyota Corolla is expected to borrow the engines from the China-spec version, which is a brand-new 2.0L petrol engine which can produce 171hp of maximum power and 205Nm of peak torque. Moreover, the hybrid technologies will also be introduced to most auto market in the coming time. 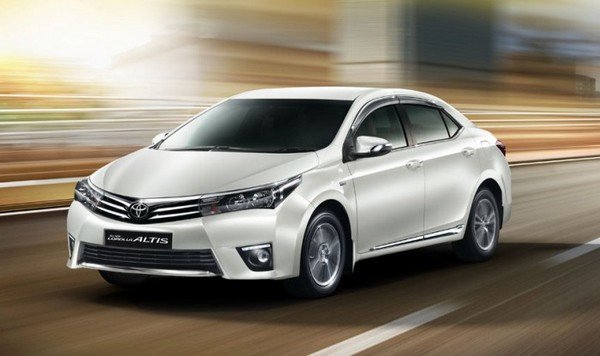 Despite coming with more engine options, the Indian-bound Corolla Altis is not as powerful as the new Toyota Corolla

It is still open to question which engine would come to India since Toyota has not confirmed as to this matter yet. We will inform you as soon as the automaker announces it. Given the serious air pollution in India and the fact that Toyota has not adopted the Toyota New Global Architecture (TNGA) platform (the new platform by which the new Toyota Corolla is underpinned), the Japanese automaker is unlikely to launch a diesel version of the new Corolla here. India is also expected to be one of the markets to receive a new Corolla sedan with hybrid technologies.

Generally, the new Corolla is sportier than the current model from the exterior to the interior. Though supported by a completely new chassis, the new Corolla can only be considered an evolution of the current version with the sportier exterior and interior as well as the more environmentally-friendly engine.

What do you think about the new Corolla and its prospect in India with a new appearance and performance? Let us know in the comment section below.