Check out our new Audi A6 Vs BMW 5-Series comparison on paper to see which of the two can defeat the other in the competition.

It was quite a wait until last October 24 when Audi finally brought the latest-gen Audi A6 luxury sedan to the Indian market. The all-new A6 comes with fresh styling, a whole new interior as well as one petrol engine option on board. Whereas the BMW 5-Series has been here since early 2017, be it one of the most aggressive executive sedan offerings in the country. Currently, the BMW 5-Series is competing aggressively with the newly-launched Audi A6 so we put the specification sheets of the two consecutive sedans together to see which one of the two comes out better on paper.

As can be seen from the above dimensions table, the Audi A6 is apparently the longer of the two. The A6 measures 4,940 mm long which is 33 mm longer than the 5-Series’s length of 4,907 mm. However, despite being longer than the 5-Series, the Audi car is shorter in terms of width, height and wheelbase as compared to the BMW counterpart. With the width of 2,102 mm, the height of 1,464 mm and wheelbase of 2,970 mm, the BMW sedan comes out better when it comes to the interior space. While buying such a sedan, the extra space on the inside is something that one would really appreciate. Apart from being wider than the Audi A6 by quite a margin, the BMW is also higher of the two. Speaking of the kerb weight, the A6 is heavier of the two with its kerb weight of 1,780 kg while that of the BMW 5-Series is at 1,720 kg merely. However, considering the road presence, it’s the sophisticated A6 sedan that turns more heads. 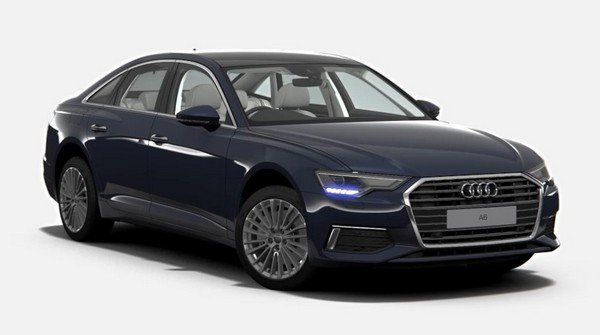 It is widely known that BMW and Audi have very different approaches when talking about its styles and design. Audi cars have been characterized by neat but sophisticated design sculpted with sharp lines and creases. The front fascia of Audi A6 is dominated by a large hexagonal grille, sleek headlights alongside some signature cues to grab the onlookers’ eyeballs. The Audi sedan looks more captivating from the rear with smart detailing taillights and well-sculpted bumper, adding to the business-like appeal of the vehicle.

On the other hand, the BMW 5-Series churns out a good mix of sharp bold lines and muscular curves on its exterior package. In our subjective sense, the BMW 5-Series is perhaps one of the best-looking models of the executive sedan segment. The signature kidney grille of the BMW car is flanked by a pair of big LED headlamps while the front bumper delivers a good amount of aggressiveness. When compared to the Audi model, the BMW 5-Series is the sportiest sedan off the lot. The character lines on the side profile of the 5-Series bring out muscles while the rear end gets slim LED tail lights, better-sculpted bumper and tailgate. To say a mouthful, the BMW 5-Series just mixes nicely between sophistication and sportiness. Both the Audi A6 and BMW 5-Series are luxurious feature-laden vehicles. The Audi A6 interior is dominated by a range of screens, including a screen for the infotainment system, a screen for climate controls and some other vehicles settings. There is also Audi's Virtual Cockpit in its instrument panel. The dashboard whereas gets piano black trims, wood panels and other soft-touch materials. While the “screen-rich” A6 might be attractive for many enthusiasts, we think that too many screens for simple functions might cause distractions for drivers on the go. In a meanwhile, the BMW 5-Series still adopts the company’s outgoing interior design language on the inside. However, the interior of the 5-Series is still premium and usable enough to make it one of the best in the business ever. The sedan uses the BMW i-Drive tech which boasts a range of in-car technology for the sedan on the drive. There’s a large 12.3-inch touchscreen infotainment system that takes the central place on the dashboard. The instrument cluster of the car is a semi-digital unit. There are two layers of physical buttons placed below the dash for the convenience of usage. The 5-Series also scores high in terms of materials quality with leather, wood panels and metal touches on the surfaces of the dash. Overall, the BMW 5-Series cabin is quite a pleasant place to be in.

While the BMW 5-Series impresses us strongly with greater engine options, the Audi A6 sedan makes do with a single petrol engine only. The Audi gets a sol 2.0-litre 4-cylinder turbo-petrol engine that produces 241 BHP of max power and 370 Nm of torque and comes mated to a 7-speed automatic transmission. When it comes to the petrol engines of both these vehicles, the BMW and Audi are quite matched on paper. The BMW 5-Series is also available with a 2.0-litre 4-cylinder turbocharged petrol engine which churns out a bit more power but less torque than the Audi car. The 5-Series’s 2.0-litre petrol mill can make a power and torque output of 248 BHP and 350 Nm.

The BMW 5-Series has an upper hand with a 2.0-litre diesel burner in its 520d Luxury Line trim which bumps out good power and torque numbers. There is also a 3.0-litre inline-6 diesel motor which has a power of 261 BHP and a massive torque of 620 Nm. 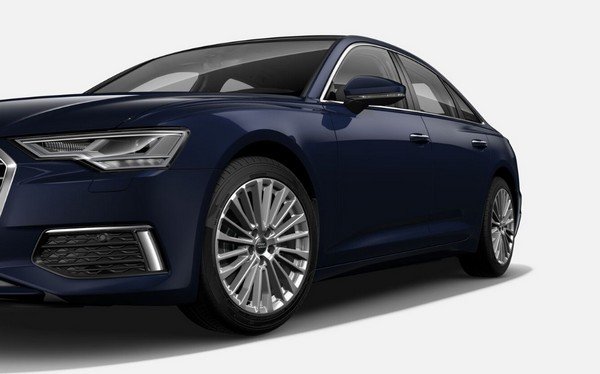 It has been seen in the executive sedan segment that diesel engines win more hearts than the petrol counterpart. With the options of two diesel engine on boards, the BMW 5-Series obviously gets a huge edge over the Audi rivals in this part of the competition. Furthermore, the BMW car gets an 8-speed automatic transmission for all its engine options while the Audi can be had with a 7-speed auto unit. While the 5-Series gets a rear-wheel-drive drivetrain system, the A6 is a front-wheel-drive model.

As regards to the prices, both the Audi A6 and BMW 5-Series appears to have quite the same starting price, though the BMW car starts off with Rs 5.1 Lakh higher than the Audi counterpart. Note that the Audi A6 is merely a petrol while the base variant of the BMW 5-Series is a diesel model. However, given the greater number of engines, the top-spec model of the 5-Series is priced decently at Rs 66.8 Lakh, which are much higher than the top-spec A6 ends. The highest variant of the A6 is positioned at Rs 59.20 Lakh. Comparing both petrol engines of these vehicles, both the Audi and BMW cars are equally matched in terms of pricing. However, if you enthuse a diesel-powered sedan option, the Audi has nothing to satisfy you then. 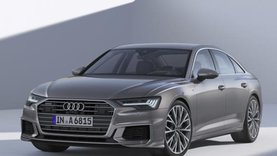