The 3rd gen car of the Maruti Suzuki Swift Dzire has finally made an appearance.

A quick notice here is the car’s name turns out to be one word shorter; yes! It dropped “Swift” to become Maruti Suzuki Dzire. Starting off as the sedan variation of the Swift hatchback back in 2008, it took Maruti a period of 9 years to break free out of the that obsolete mould. And it is not just reflected through a briefer name, it is, in fact, everything – a meticulous moult securing the emergence of a more beautiful, powerful, sophisticated and much more refined Dzire. So buckle up yourselves, pop your coke cans, ready your chips, everyone on board! The test drive now starts and there is no going back! 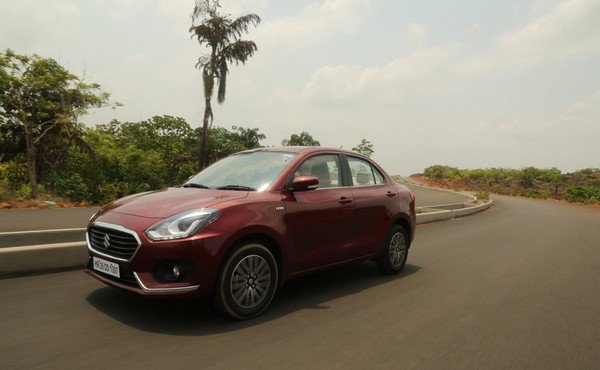 Some would utter “How come” upon seeing the car. Unrecognizable is it and the bombshell doesn’t stop with a look only

Our first comment is the sub-sedan has completely shed its passé bulgy nature and assumes a much more fluid contour. The transformation sure demands a generous load of chrome job for embellishment which goes to the gaping hexagonal grille being centred by the S badge of Suzuki and 2 thin strips surrounding fog lamps. 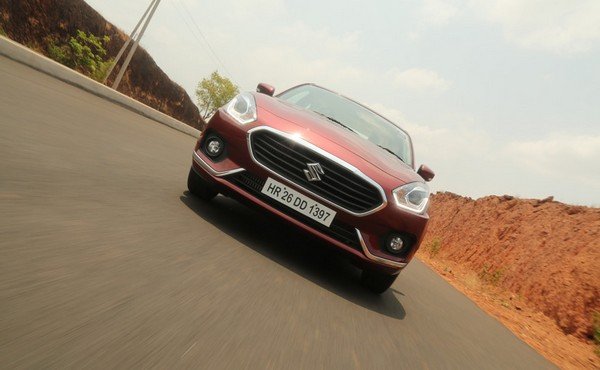 Chrome is one among countless key elements of any automotive facelift. It screams modern and plush

Dimensions were heavily modified by squeezing the whole body into the frame of 4-metre length and stretched-out width. These alterations combined with redesigned LED headlamps and DRLs gives the vehicle a seamless and elegant contour. Moving on the profile, the most significant update is the 15-inch wheels which come in two forms: The low-end variants go with steel wheels whereas the top-spec ones get the diamond cut alloys. 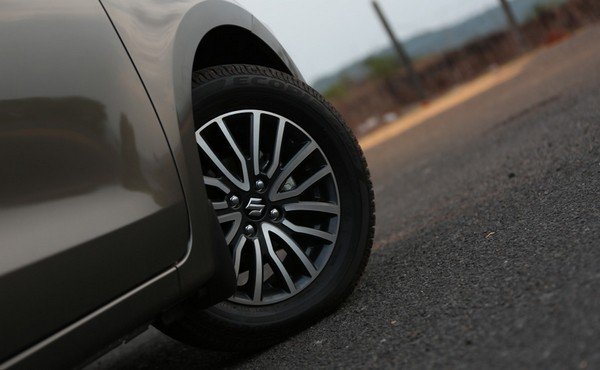 Outside retouch is finished with the back end. The boot lid gets adorned by a thin metal bar (silver in the case of the entry-level model, chrome the higher-end versions). This detail ends up being flanked by a pair of wrap-around LED tail lamps which come across all variants. But what’s worth your time here is the newly-enlarged boot space standing at 378-litre volume (60 more litres added to the outgoing model’s). It ranks within the middle range among cars of the same segment. In actuality, it is beaten by the 419 –litre storage compartment of the Tigor, 407-litre one of X-cent but surpass the puny boots of the Ameo and Ford Aspire which amount to 330 litres 359 litres respectively. Good news is more room will be instantly felt the moment you open the door and enter the inside. This is accomplished by the new design which is aimed at liberating more space than before, hence creating a freer feel for occupants during the drive. The seats themselves offer more support for back and thighs; passengers at the back have rear A/C and centre armrest having cup holders at their disposal.

The graphite grey dashboard, which is totally a feature borrowed from the predecessor gets two layers of colour: the graphite grey for the top and the beige for the bottom, which complement each other faultlessly. Garnish continues with the chrome theme which appears around A/C vents, instrument cluster and makes its way on the centre console as well. The sports-car-borrowed flat-bottom steering wheel also receives its fair share of chrome job which together with wood inserts gives the cabin an up-market feel. The touches of chrome and wood together really set the standard for the luxury interior, which is fully embraced by Maruti

The centre console is added with the piano black finish, which works out so well by contrasting the beige background, but at the same time requires persistent cleaning cause the glossy surface can easily get stained, so having a piece of cloth or rag in the glove box is recommended. What attracted me most is the infotainment touchscreen which offers inbuilt navigation, Apple Carplay, Android Auto. Meanwhile, the higher-end Z and Z+ models give you access to climate control to tackle Indian summer.

Regarding the pieces of safety equipment, it’s a relief to learn that dual front airbags, accompanied by ABS with EBFD are available on the entire range of Dzire models. It is not that much of a big deal speaking of the protection section, but the vehicle, by all means, covers the most basic and standard of the safety aspect of a passenger car. ISOFIX also made it in the safety equipment list, making you feel more secure to drive with a baby under your watch.

A round of applause for the manufacturer for including both petrol and diesel engines being mated to a 5-speed manual gearbox or a 5-speed AMT on offer. The petrol delivers an output of 82 bhp of peak power and 113Nm of peak torque. At the same time, its diesel counterpart guarantees a top power of 74 bhp with a maximum torque of 190Nm.

The more favoured diesel motor, which is paired with the manual transmission, may still feel a tad laggy running at a higher gear. Replace the manual gearbox with the 5-speed AMT or AGS and this turbo lag will disappear or more exactly happen at the negligible rate when you change shifts. What’s interesting is that this combo yields the highest fuel efficiency which stands at 28.4 kmpl, surpassing anyone of its components. Less powerful than its brother, the petrol engine is still fun to drive with. It may take practice to be well tuned in to the interaction between the AMT gearbox and the throttle input, but after that, you are good to go.

Maruti Suzuki Drize 2017 is available with 6 color options including: 7. Maruti Suzuki Dzire 2017 India Review - And before signing off

The car does live up to what is boasted about it and it deserves all that attention. Standing at the price range of Rs 6.04 lakhs - Rs 10.77 lakhs (on-road New Delhi), it is fair to say that the vehicle itself meets all the basic needs you are seeking at a car and will leave no room for complaints in terms of comfort. And contrasting with the declining demand for sub-sedan cars, Maruti has been already receiving tons of bookings for the new Dzire, which manifests an undoubtedly enviable potential of massive sales in the upcoming months.