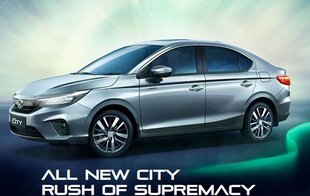 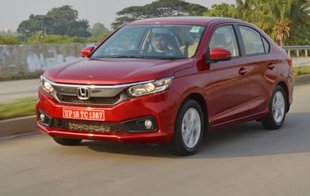 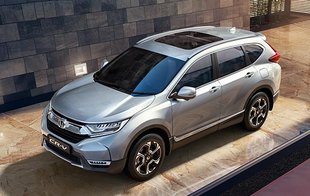 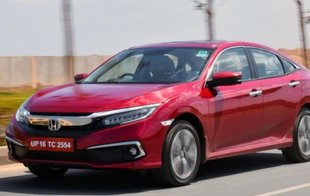 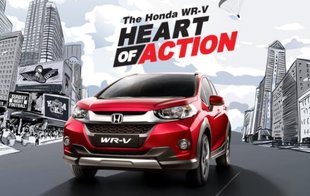 Apart from that, HCIL also has another bigger manufacturing plant located in Tapukara, Alwar District, Rajasthan. This plant comes equipped with the most advanced facilities and gets a production capacity of more than 180,000 units on an annual basis. At the moment, there are as many as 231 Honda car dealers in India as of September 2020. Honda car showrooms spread across 28 different states as well as 151 cities in the country.
Click to read more

Honda car logo has been so familiar to the car enthusiasts. Basically, Honda logo means the capital H that gets quite a distinctive design. While H is the first letter of the company’s founder, Soichiro Honda, the “Dream Power” is the company’s motto that is the exact definition of the company’s activity.
2. First model launch

Honda first sailed down to the Indian auto market with the Honda City that was first introduced in 1998. Over time, the Honda City has witnessed a huge success in India and becomes the most sought-after model not only in the new car segment but also the used car market. You can easily find thousands of used Honda City for sale at good prices on IndianAuto. That said, the Honda City has clocked more than two decades in India and is still going strong in the premium sedan segment of the country today.

Honda cars fall into various segments of cars including sedans, SUVs and hatchbacks. Currently, there are 6 on-going Honda cars on sale in India with the fourth-gen and fifth-gen City rubbing shoulders in the current market. The other ongoing Honda cars include the Honda Civic, Honda Amaze, Honda Jazz, Honda WR-V and Honda  CR-V which are also some popular products of the brand in our country. Besides, the Honda HR-V and Honda Brio are the upcoming Honda cars that the Japanese brand gets up its sleeves and set to introduces to the Indian audiences.

Honda City is one of the most popular Honda cars in the Indian market for quite a long time now. It is, in fact, the longest-running and most successful nameplate in the country’s automotive history. Started its journey in 1998, the Honda City has hit its 5th generation avatar now. Irrespective of the generations, the Honda City always looks well-sorted and elegant in the finest manner.  On the whole, the Honda City is not a kind of too gorgeous-looking sedan that can turn any heads easily on the go but it’s neatly designed and looks pretty indeed. On the inside, the Honda City is loaded to the brims with modern features that make it an “inviting” executive sedan that we would like to stay with. Powering the Honda City, in its latest-gen avatar, are two engine options, namely a 1.5-litre petrol mill making 121 PS/ 145 Nm and a 1.5-litre diesel motor good for 100 PS/ 200 Nm of torque. These engines are not as powerful as a turbocharged model, but they are strong and tractable enough for the most thrill-filled performance.

While the fourth-gen Honda City is being sold in the price bracket of Rs 9.29 -9.99 lakh, the fifth-gen City is priced at around Rs 10.89 – 14.64 lakh (all prices, ex-showroom). Honda City is competing aggressively against Hyundai Verna, Maruti Ciaz, VW Vento, Skoda Rapid and Toyota Yaris in the subcompact sedan space. Being one of the most respected car brands in the Indian space, Honda has been going pretty well and developed various desirable car names for the Indian auto enthusiasts. Honda now fiercely fares against the popular carmakers in India like Maruti Suzuki, Hyundai, Mahindra, Tata and more. Stay connected with IndianAuto for the latest automotive news on Honda cars, both ongoing and upcoming vehicles in and outside the country.

1. Which are the best Honda cars under 10 lakhs in India?

There are some good Honda cars under 10 lakhs in India like Honda Amaze, Honda Jazz, Honda City (fourth-gen) and Hond WR-V. The Honda cars

2. Why Honda cars are always overpriced?

Honda cars prices are usually higher than that of other brands in India in similar segments because of the level of localisation of the parts is lower than that of other companies. Also, the carmaker can calculate the price of a car due to the amount of investment they put in. Go ahead to buy a Honda car if it satisfies your demand and fit your budget.

3. Which cars are more reliable: Honda or Toyota?

Both Toyota and Honda have some reliable cars in their lineup. It depends on what aspects of a vehicle are more important to you to name which is more reliable.