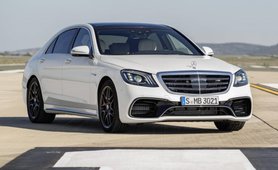 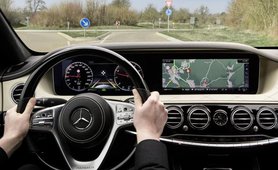 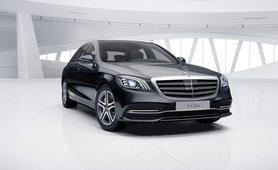 Launched on February 26, 2018 Mercedes-Benz S-Class 2018 comes with a thorough revamp to the exteriors, mainly on the headlamps, bumpers and tail lamps. The interior highlight include an upgraded 12.3-inch HD screen infotainment system with a central command unit. The under hood also witnesses considerable changes. It is now well-equipped with a 3.0-litre inline-six and BSVI-compliant diesel engine which can generate 286PS of power and 400Nm of torque. The other engine option is the 3.0-litre V6 petrol engine which can produce 367PS of power and 500Nm of torque. The two engines come mated to a nine-speed automatic transmission. The new S-Class will run a competition with the BMW 7 Series, Jaguar XJ, Audi A8, and the Lexus LS 500h.
Read S Class full review
%

DON'T MISS OUT ON OFFERS

Turn on offer alert to be notified if there's an offer 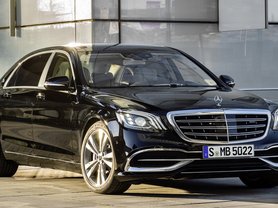 Every generation of the Mercedes S-Class brings in something that is new to the automotive world. Now the German automaker has revealed a display which spans the whole dashboard for the upcoming EQS.

Mercedes-Benz S Class Maestro Edition was launched at the price of Rs 1.51 Crore as the top-spec variant of S Class range. It comes with various smart features which are not available on the standard S350d.

2021 Mercedes Mayback S580 Is The Most Luxurious, Fancy & Extravagant S-Class on Planet

Mercedes Benz has revealed the all-new Maybach S580 in the international markets. Let's see what this ultimate luxury sedan can offer to its VIP owners.