24 0
2019 will be the year of SUVs with at least 13 new SUV to launch. Let's take a look at all these models to see which one might be the future-leading SUV.

The recent years have seen the booming of the SUV segment. 2018 has welcomed several names to this emerging market, pushing up the competitiveness, however, the upcoming year will be brimming with hot SUV launches. There might be up to 13 new names to pop up in the car scenes. Here is the details list of all the SUVs that will be introduced in 2019.

Nissan Kicks is expected to repeat its success on the global stage in Indian market. Nissan Motor has set to launch the India-spec Kicks in India market on 22 January 2019. With the Indian-spec SUV, the Korean carmaker will employ the revised B0 Platform used on the Duster and Nissan Terrano. Moreover, this SUV will also grow in size.

The powertrains picked for the Indian market include 1.5-litre H4K petrol and a 1.5-litre K9K diesel engine. These units car could develop 106PS/142Nm and 110PS/240Nm respectively. At launch, the customer will be offered only the manual transmission option..

Nissan Motors also hopes to drive the competition up a new level by introducing some segment-first features on the Kicks, like the 360-degree camera or leather touch on the dashboard.

The launch of the Harrier is one of the most anticipated vehicles in 2019. It has been taking the spotlight on the car news and magazine for the last half of 2018. The highly-awaited SUV will finally land the market on January 23.

Tata Harrier will be the pioneer in promoting Tata’s latest design language, Impact 2.0 design. Built on the Omega Arc platform developed from the JLR L550 architecture, the Harrier will be powered by a 2.0 Multijet II-based Kryotec engine. The power will be delivered to the back rear by a 6-speed manual transmission. Later after launch, Tata will add a new a 6-speed automatic unit to the powertrain offers.

At launch, Tata Harrier will be priced around 16 to 20 lakh. Also at the same price range, Hyundai Creta, Jeep Compass and Mahindra XUV500 will challenge the newly-launch Harrier. After the launch of the five-seater Tata Harrier, Tata Motor will make use of the construction by expanding it into a seven-seater version. This Tata Harrier-based seven seater recently goes under the codename H7X. IT will feature the same engine but reworked for a different tune. It is expected to churn out about 170bhp of power. When it comes to off-roaders, no one could beat a Jeep. Following the debut of the Jeep Compass in India, Jeep will expand the Compass line-up with the new Trailhawk. With this version, the ground clearance is raised by 20mm. Along with that, it will be assisted by specialized off-road equipment like the Active Drive low-range 4WD, Hill Descent assist and multiple driving setting system and improved approach and departure angles.

Under the hood, the Trailhawk bring forward the same 2-litre Multijet II diesel motor used on the normal Compass. This unit is good for 170bhp of power and 350 Nm of torque. The international version gets a 9-speed automatic gearbox. In India, the Jeep Compass Trailhawk is expected to be priced at 25 lakh. 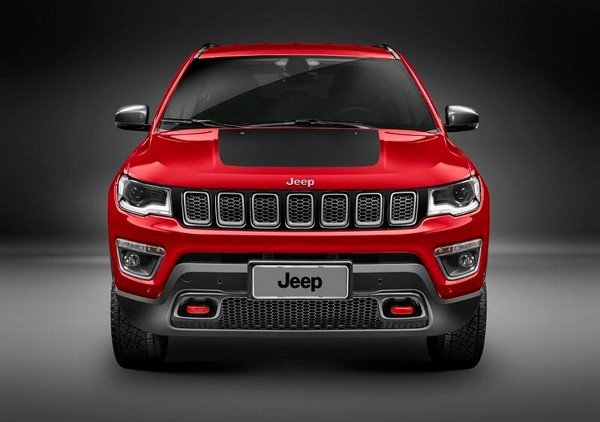 Jeep Compass Trailhawk will be upgraded with better off-roader capacity

Kia will penetrate into the India market in 2019. And Kia will give us the first impression with the Kia SP2 concept-based car. This concept was revealed at the Auto Expo 2018. It will rival the Tata Harrier, Hyundai Creta and Jeep Compass.

Kia SP2i will be powered by the 1.5-litre petrol and diesel engine that are jointly developed by Hyundai and Kia. This unit is in line with the new BSVI emission norms. Moreover, Kia also has planned to launch an all-electric version of the Kia SP2i. For now, the SPi is going to be underpinned by Creta’s improved platform. 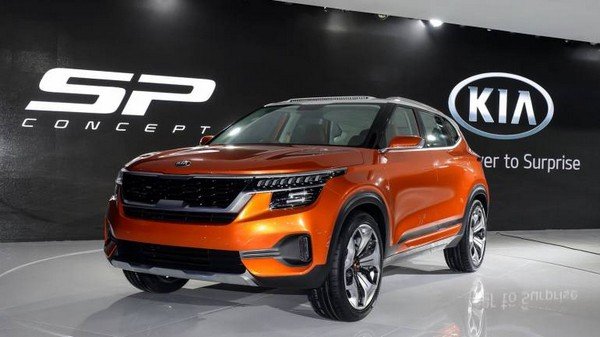 Kia SP2i is the first car of Kia in India market

Besides the internal combustion models, we will also welcome an electric model into the SUV segment. Hyundai will introduce their first electric vehicle ever in India. Hyundai doesn’t target to make this their next big hit, but instead, they just aim to sell about 50 unit per month. However, more than the profitable models, the Kona will play as a formative step for Hyundai into the fully-potential segment of electric vehicles.

The international version of the Kona is now offered in two variants. While the standard trim comes with a 39.2kWh battery that produces 136bhp and 395Nm. The range is about 345km. The higher variant receives power from a 64kWh battery pack which delivers a higher range of 546km. Hyundai will make its first move in the EV segment

Besides the Hyundai Kona, Hyundai Styx will be another SUV from Hyundai in 2019. Inspired by Hyundai’s newest design language, the Styx will feature a cascading grille and prominent body character line. It is also expected that it will be strongly influenced by the Creta, Hyundai’s segment-leading SUV.

Hyundai will integrate Verna’s platform into the Styx. The powertrain options include a 1.5-litre turbocharged diesel engine and a 1.0-litre T-GDI turbocharged petrol that replaces the old non-BSVI-compliant 1.6-litre CRDi unit. Besides, another new technology that might come with the Kona is the SmartAUTO AMT in replacement of the normal torque converter. 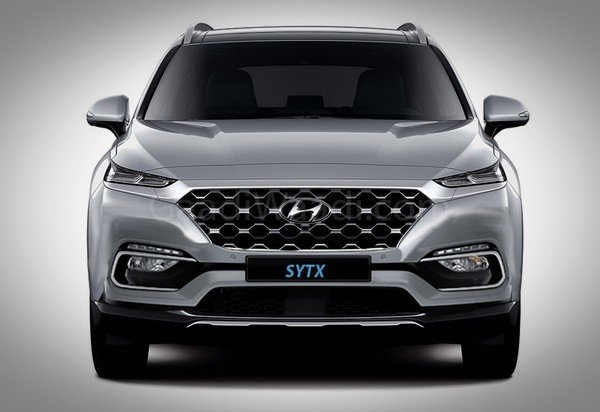 Apart from the mentioned new SUVs, Hyundai will also give us a new version of the Tucson in 2019. On the 2019 version, Hyundai will expand the equipment list. It will include new LED headlights, 19-inch wheel and tail light. The appearance of the Tucson will also be refreshed, featuring a new bumper, new Hyundai-signature cascading grille.

Inside the car, the Tucson will get a new centre console, redesigned instrument cluster and new upholstery. Now, the car users could performance task on a new floating 7-inch touchscreen infotainment system. Despite the cosmetic changes, the mechanic part seems to be kept intact. 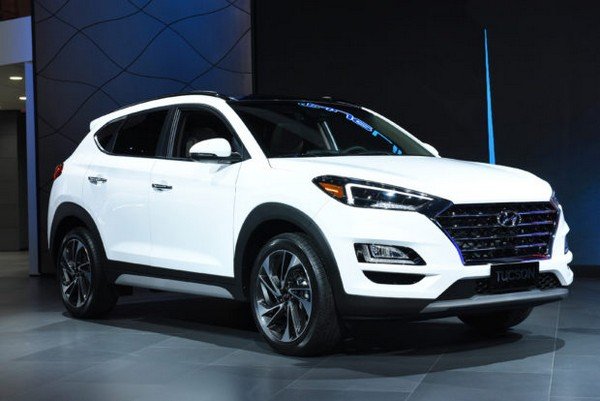 2019 Hyundai Tucson will get comprehensive change inside and outside

Just like the Kia, MG is another new kid on the block in 2019. And the MG will greet the India market with a premium SUV. IT has been confirmed that the Baojun 530-based SUV is named Hector when entering India. When stepping into our market, the Hector will be given the necessary changes to fit the Indian customers’ taste. MG promises a load of segment-leading features like the huge 10.4-inch touchscreen infotainment system doubled as AC control and a panoramic sunroof and most outstandingly, the avant-garde built-in internet connectivity system, which could possibly make its one of the best-equipped car in the segment.

About the powertrain, the Hector will inherit the 1.5-litre turbocharged petrol engine from the Baojun while the diesel version will replace the old 1.8-litre motor with 2.0-litre Multijet diesel engine powering Tata Harrier and Jeep Compass. MG’s first vehicle will rival Hyundai Tucson, Mahindra XUV500 and Jeep Compass. Mahindra XUV300 is due to go on sale on February 15.  It will be the first sub-4-meter SUV of Mahindra. The XUV300 will be christened with monocoque body construction while getting a Ssangyong Tivoli’s platform.

Under the hood, the XUV300 could be powered by both diesel and petrol engine. The 1.2-litre petrol motor could engage the maximum power of 130bhp and 160Nm while the 1.5-litre oil-burner is able to deliver at best 123bhp and 300Nm.

The best part about the XUV300 is that this model will come with some of the class-leading features like dual-zone automatic climate control, electric sunroof seven-airbags leather upholstery and full disc brake. The price of the Mahindra XUV300 is expected to range from 7.5 lakh to 8 lakh. 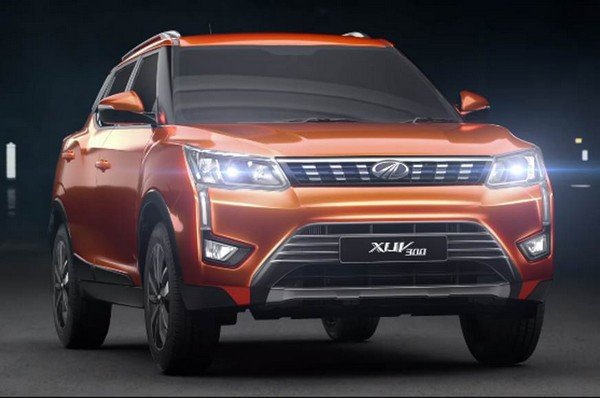 Mahindra XUV300 offers an appealing package for its price range

Renault Duster was first introduced in late 2017 and has received thorough mid-life updates in 2018. And in 2019, the SUV will be given the generation changes. Exteriorly, the Duster will still keep its charming distinct look with prominent fascia and highlighted arch flare and high stance. Some subtle but noticeable changes will be made, for example, more sloping windshield and a Jeep Renegade-like LED taillight at the rear side and so on.

It will on the same B0 Platform. New features to be added to the list include DRLs and Android Auto and Apple Carplay. On the power setting, there is no new engine to hope for. It will continue to carry forward the same 1.5-litre petrol and diesel engine. Ford Endeavor will be updated in early 2019. One good news is that, despite the expansion of the features list, changes in price is not so significant. In the 2019 version, the Endeavor will come with passive keyless entry and push start/stop button. Under the bonnet, it is going to remain the existing 2.2-litre turbocharged four-cylinder and 3.2-litre turbocharged five-cylinder diesel motor. These motors make 160 PS/385 Nm and 200bhp/470Nm respectively. In the Thai market, the new Ford Endeavor houses a new 2.0-litre twin turbo diesel engine that develops 213bph and 500Nm. The launch date of the TUV300 facelift is set by April 2019. The facelift includes the addition of safety features and small exterior updates.

To make the new version in line with the upcoming crash test standard, Mahindra will rework the body structure of the TUV300. Alongside, the engine also needs to be refined to meet the BSVI emission norm that will follow in April 2020.