2018 Maruti Suzuki Ciaz finally launched with a couple of tweaks in both inside and outside and a new 1.5-litre petrol engine.

Maruti Suzuki India Limited has finally launched the new Ciaz mid-size sedan for 2018 after revealing several of teasers and leaks. Now it is available at the price of Rs 8.19 lakhs. To penetrate deeply in the ongoing competition of the sedan segment, Maruti Suzuki makes a facelift for the Ciaz with the new 1.5-litre petrol engine in India, replacing the car’s outgoing 1.4-litre unit.

Like the predecessor, the updated model is available 3 options which are

In general, the prices of the petrol trims has gone up, while the diesel variant prices have dropped compared to the pre-facelift model.

As for the cosmetic changes, the refreshed one is identifiable by a new grille design with chrome garnish (higher-spec trims) 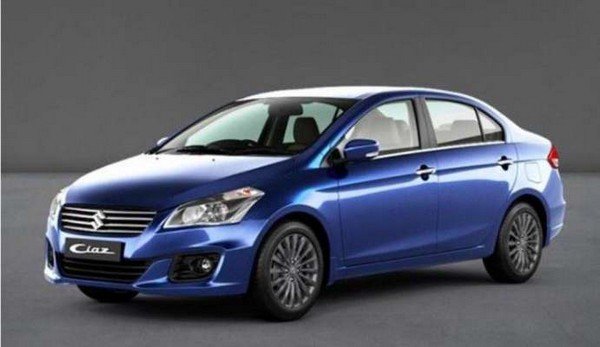 The grille design of the Ciaz pre-facelift looks quite simple As for the cosmetic changes, the refreshed one is identifiable by a new grille design

Regard of the interior, the equipment levels on the new Ciaz have also been enhanced with the update. While dual-front airbags and ABS remain standard across the range, a speed alert system, rear parking sensors and seatbelt reminders for the driver and front passenger are also part of the package. As aforementioned, the most impressive point of the Ciaz facelift is the new petrol engine. The older 92hp, 1.4-litre petrol engine has made way for a larger 1.5-litre K15B four-cylinder motor with micro-hybrid tech.

The facelift sedan receives the power from the gearbox which is optionally a five-speed manual or a four-speed automatic transmission. Thereby, the car can produce 104hp and 138Nm of peak torque, with an ARAI-certified fuel economy of 21.56kpl for the manual version and 20.28kpl for the automatic.

The Fiat-sourced 1.3-litre diesel engine continues unchanged and makes the same 90hp and 200Nm of torque.

The Ciaz facelift’s main rivals include

With this price, the Ciaz continues to undercut its rivals in terms of price but only a proper comparison can tell if the facelifted Ciaz is the best of the mid-size sedans to buy.