An all-new Honda Civic will be launched in the Indian market on March 7, 2019, it will be available in three variants and will come with two engine-gearbox options. Let’s check out what these variants.

After the discontinuation of the Honda Civic brand in India in 2012, the tenth-generation of the company's popular sedan will mark the re-entry of the nomenclature tomorrow. The 10th gen Honda Civic was first showcased in India at the last year's Auto Expo in New Delhi. Now, to enhance the footprint in the teeming sedan segment, the Civic arrives in its latest avatar. 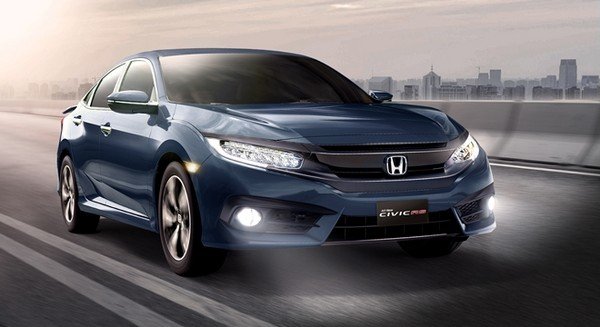 The premium sedan will be offered with both petrol and diesel engine options, which include -

In this, the bigger engine can produce 138 bhp with 174 Nm and return a fuel efficiency of 16.5 kmpl (ARAI certified) when being paired with a CVT. Meanwhile, the diesel model can generate 118 bhp of maximum power and 300 Nm of peak torque. The diesel motor can offer a fuel economy of 26.8 kmpl, and is mated to a 6-speed manual gearbox. Three grades will be available- V, VX and ZX. Let’s have a look through these 3 variants.

This is the base trim level of 2019 Honda Civic with standard equipment package as referred below.

The ZX is feature-rich with a host of equipment.

The upcoming Civic sedan would be highly localized. At the time launching, the Civic will be pitted against the Hyundai Elantra, Skoda Octavia, and the Toyota Corolla Altis in the domestic market. Recently, Honda dealerships have accepted the bookings for the Civic with deliveries expected at around mid-March 2019. The deliveries are expected to be around mid-March 2019

Honda Civic V and VX Variants Arrive At A Dealership