Fifth-generation Honda City is all set to be launched in India. It will get several segment-first features, including the LaneWatch system from the Civic

The fifth generation Honda City was earlier scheduled to debut in India last month. In fact, we were also set to drive the car in March itself. However, the unfavourable circumstances that have gripped the entire nation have led to a delay in the launch of the new vehicle. That said, the next generation of the popular C2-segmenter is quite close to making it to the market and will be launched as soon as the lockdown is lifted. Recently, brochure scans of the new model leaked online, thereby revealing some vital details of the new car. 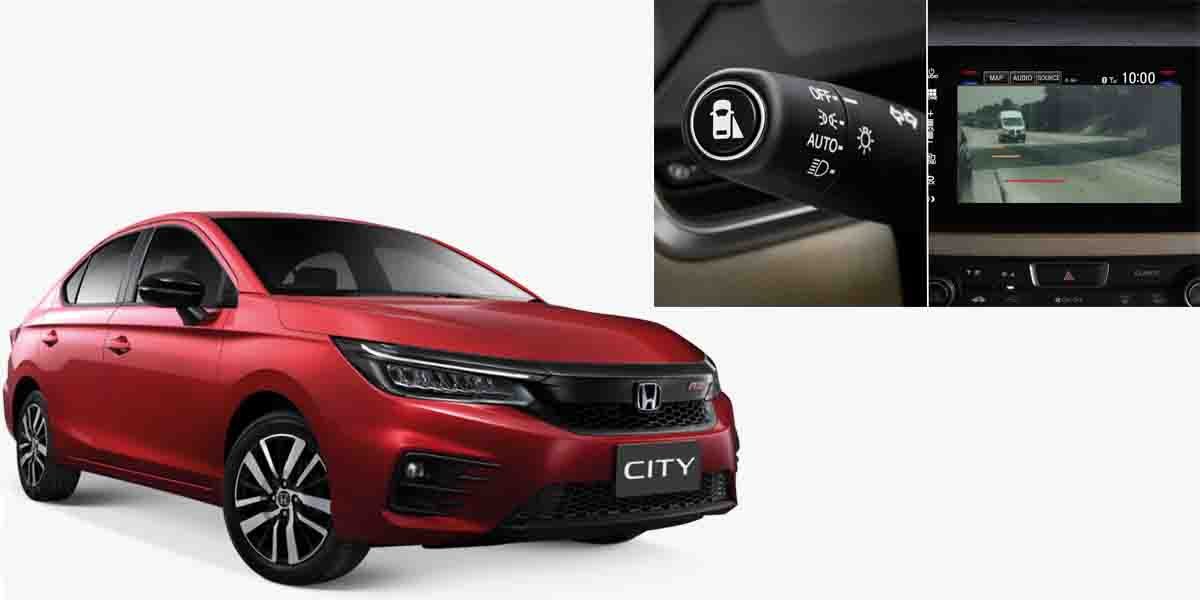 The new Honda City gets company’s LaneWatch Camera. Currently, this feature is only available on expensive Honda offerings like the Civic and CR-V. Soon, however, this feature will make it to a cheaper model in the form of the new-gen City. It's not unusual for features to trickle down to cheaper cars from their more expensive siblings but the availability of such high-end features on the City will surely help it create a niche for itself. The LaneWatch system helps you by displaying visuals of the left-rearside on the central screen to alert you of an erratic motorist overtaking you from the wrong side. New Honda City will feature all-LED lighting on the outside.

Other notable safety features that the range-topping variant of the new-gen Honda City will come with include a tyre pressure monitoring system, 6 airbags, traction control, Electronic Stability Program (ESP), hill-start assit and a 3-point seatbelt for the middle-rear occupant. Furthermore, the brochure reveals that the infotainment system features a bigger, 8.0-inch touchscreen unit with Android Auto, Apple CarPlay, and Bluetooth connectivity. The new City will become the first car in its class to be compatible with Alexa Remote. To keep itself in line with the competition, it also gets Honda Connect, which is basically a vehicle telematics suite that can help you locate the nearest fuel station, book a service, keep a track of maintenance bills, etc.

Unlike the refreshed Hyundai Verna, the all-new Honda City misses out on an all-digital instrument cluster but it does offer a G-Meter, which is something that is available on high performance models like the Nissan GT-R. Of course, the steering will continue to be a multi-function unit that offers audio, telephone and cruise control buttons. However, the touch-sensitive panel for climate control has made way for rotary knobs. It will get leather upholstery and an electric sunroof to keep the ambience of the car on the richer side. The fifth-generation Honda City will provide a full-quote of 6 airbags on the top-spec ZX trim.

The fifth-gen Honda City will be the longest and the widest car in its segment, which should translate into segment-best interior room. The new model will be sold with BSVI-compliant petrola and diesel engine options. Both the motors will be optionally available with a CVT. Prices are expected to start around Rs 10 lakh mark and top out at more than Rs 15 lakh (ex-showroom).