Second-gen Hyundai Creta is confirmed to launch in March this year. Ahead of its launch, we are blessed with many information about the new version of one of India’s best-selling SUV.

Before the influx of various new models, the mid-size SUV segment is ruled by the Hyundai Creta. The reign of the Hyundai Creta is undefeatable until Kia Seltos and MG Hector entered the market last year. The Kia Seltos has garnered soaring popularity and beaten the old Creta to claim the segment-leading position. Pressed by the newer and more competitive rivals, Hyundai Creta will make a comeback with a new-generation version this year. It is confirmed that the second-gen Creta will be launched in March this year. As the launch date is approaching, more details about the Hyundai Creta are revealed. 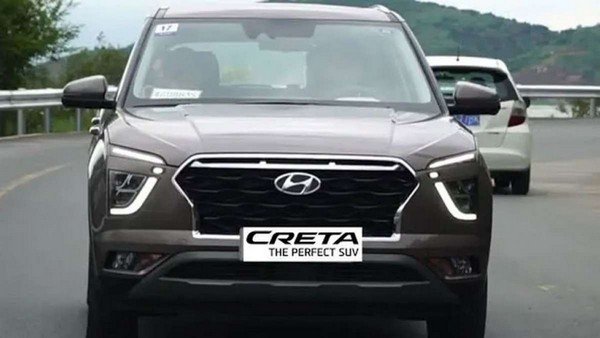 2020 Hyundai Creta will be comprehensively updated from inside out

One of the main reasons for Hyundai Creta’s loss to other newer models is its outdated interior. Both of the emerging rivals, Kia Seltos and MG Hector, are fully-loaded with a long list of advanced functions. For that reason, Hyundai will come back strong on the feature front. The old 7-inch infotainment system will be replaced by a 10.25-inch infotainment system which is supported by the state-of-art BlueLink connectivity system. The same technology has previously helped the Hyundai Venue to quickly grasp a huge chunk of the sub-four-meter SUV segment. It is expected that the new Creta will get the high tech comfort features like an air purifier. It will come as no surprise that the new Hyundai Creta will hold on to this tradition of fulfilling feature list.

Under the hood, Hyundai Creta will come with a new range of engine options. Notably, Hyundai Creta will share the same engines with its new rival, Kia Setlos. Replacing the old 1.6-litre petrol unit (123PS/151Nm) is the 1.5-litre naturally aspirated petrol.  The new petrol engine is capable of making 115 PS and 144 Nm. Apart from this engine, it is likely that the 1.4-litre turbocharged petrol engine will also make its way to the new Creta. On the diesel range, the 1.4-litre diesel unit (90PS/220Nm) and a 1.6-litre diesel unit (128PS/260Nm) will be replaced by a 1.5-litre turbocharged diesel motor. These three engines are currently powering the Kia Seltos.

The existing Hyundai Creta is on sale at the price range starting from Rs 9.99 lakh and going up to Rs 15.67 lakh. Price is expected to be slightly higher but still competitive. With all the new updates along with its long-established recognition, Hyundai Creta stands a good chance to reserve the current situation. To read more news and stories, visit IndianAuto.com.