0 0
Land Rover Defender is expected to make its debut in India market in late 2020. Only the 5-door version is likely to be introduced here. 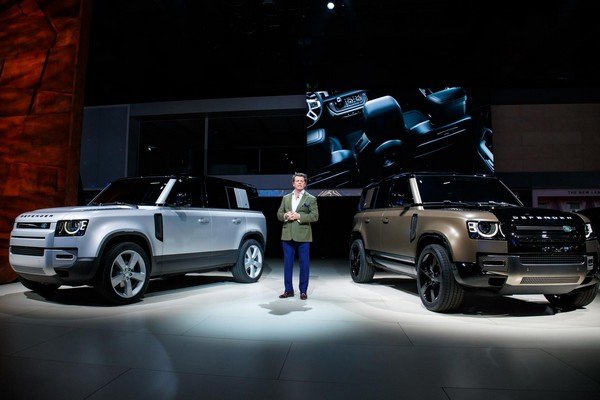 Exteriorly, the new Land Rover Defender looks more sophisticated than the previous version while remaining the classic boxy look. The new-gen Defender comes with not only enhanced styling but also with improved capability. It now features a wading depth of 900mm, an approach angle of 38 degree and a departure angle of 40 degrees. The ground clearance now stands at 291mm. It sports a roof loading capacity of 300 kilograms and a towing capability of 3,500 kilograms.

Coming to the inside, the new Land Rover Defender features a magnesium alloy-made flat dashboard. Compared with the older version, the dashboard is lowered to give the driver a better visibility. At the centre of dashboard sits a new 10-inch Pivo Pro touchscreen infotainment system which is revised to offer a better experience for the users. 2020 Land Rover Defender sits on the upgraded D7x platform which also supports mild-hybrid powertrain as well. Besides the stiffer body structure, the Defender also features an all-wheel-drive system, two-speed transmission, active rear locking differential and centre locking differential. Besides, buyers can choose to have either an independent air suspension or a coil spring suspension.

The new Land Rover Defender is offered with both diesel and petrol engine. However, it is likely that only the four-cylinder petrol and D240 diesel will make it to the Indian shore. The former is strong enough to generate a maximum power of 300 PS while the diesel engine can generate a peak power of 240 Bhp.

The new Land Rover Defender will come across as an extremely luxury off-road-competent SUV. The price is expected to range from Rs 55 lakh – Rs 60 lakh. Find more car news and stories in IndianAuto.com.