The launch of the 2020 Maruti S-Cross Petrol is expected to happen next month. The S-Cross will rival Hyundai Creta and Kia Seltos.

Maruti Suzuki had a pretty busy schedule at the Auto Expo 2020, with a slew of unveilings and car debuts. One such car was the new Maruti S-Cross petrol. The car was showcased at the Expo, and its launch is supposed to follow soon, perhaps by the end of February 2020. 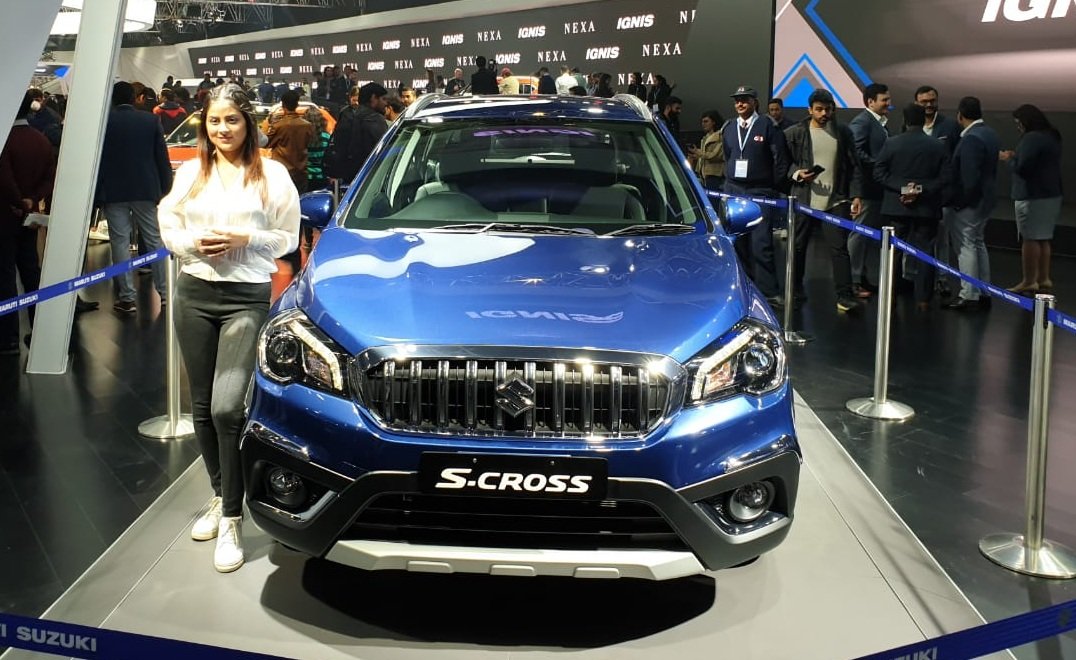 The S-Cross has undergone a major mechanical change i.e. a new petrol engine. The previous engine used in the car was a 1.3-litre diesel engine with 90PS and 200Nm of peak power and torque respectively. There was also a 1.6-litre diesel engine available previously, which produced 120PS and 320Nm, but that was discontinued due to poor demand. Both these diesel engines were only BS4-compliant and could not be updated to meet BS6-standards.

The new model now derives power from a 1.5-litre naturally-aspirated petrol engine with 105PS and 138Nm on tap. While these power and torque figures aren’t very impressive, especially considering the powerful 1.6-litre Fiat-sourced available before, the new petrol engine will be a lot cheaper to buy and maintain, though not to run. Unlike the petrol variant of the Brezza, which received a facelift along with the engine swap, the new S-Cross only receives a new motor under the hood. The 2020 Maruti S-Cross looks the same as the previous model, which had pretty polarizing styling. The headlamp design is big and burly, and the overall silhouette resembles a rally-ready crossover rather than an SUV. Official prices are kept under wraps for know, although speculations suggest the prices will range between Rs. 8.8 – 12 lakh (ex-showroom, New Delhi).