The second-gen Range Rover Evoque has officially gone on sale in India. The all-new Evoque comes as a strong competitor to the Volvo XC40, Audi Q5, BMW X3 among others.

In the latest update, Land Rover has launched the second-gen Range Rover Evoque in India with the starting price of around Rs 54.94 Lakh (ex-showroom, India). Being the smallest Range Rover of the range, the all-new Evoque comes in a choice of two variants - S and R-Dynamic SE along with two engine options.

As you may notice, the 2020 Range Rover Evoque base model commands a premium of up to Rs 2.9 Lakh over the outgoing Evoque which was retailed at Rs 52.06 – 61.94 Lakh for the petrol models and Rs 52.06 - 62.96 Lakh for the diesel versions (ex-showroom, India). In the meanwhile, the top-spec R-Dynamic SE variant costs around Rs 3 lakh less than the previous range-topping HSE dynamic model. 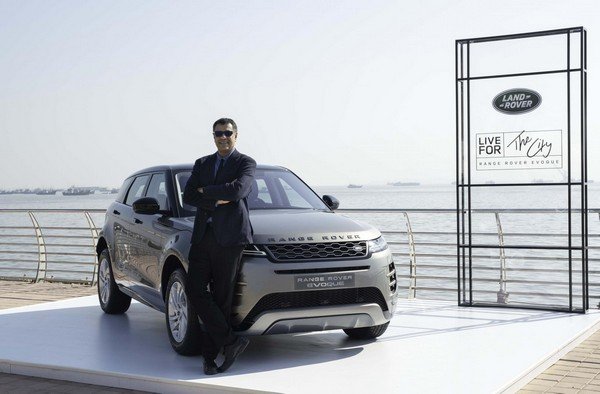 To carry forward the reputation of its predecessors, the 2020 Evoque retains the aggression and sportiness of the outgoing Evoque car while adorning a host of design updates inspired by the Velar. The front fascia of the new SUV features redesigned headlamps with signature Daytime running lamps that flank the updated grille and the sportier bumper. The side profile of the new Evoque sees the presence of Velar-inspired flush door handles and revised alloy wheels, thus giving the SUV a more modern touch. The rear end also sports a new bumper with a set of tail lamps in a similar pattern to the Velar. The rear-end of the Evoque features a new bumper and similar wrap-around taillights setup to the Velar. Powering the new Range Rover Evoque is Jaguar Land Rover’s line of BSVI-compliant petrol and diesel engine options. The premium SUV employs a 2.0-litre 4-cylinder turbocharged diesel engine (D180) that is tuned to produce 180 HP of power and 430 Nm of torque. There’s also a 2.0-litre 4-cylinder turbo-petrol mill (P250) with a 48V mild-hybrid system, good for 249 HP /365 Nm of torque. Power is delivered to the four wheels via a standard 9-speed automatic transmission.