Refreshed Toyota Fortuner To Be Revealed On June 4

According to a recent media report, Toyota will reveal the new Fortuner on June 4, 2020. The updated model will feature subtle cosmetic updates along with some added features.

As we’ve informed you earlier, Toyota Kirloskar Motor will launch the Fortuner facelift in the Indian market by the end of this year. In line with this, the new Toyota Fortuner facelift will be introduced in Thailand on June 4, 2020. Along with the Fortuner facelift, the carmaker will also introduce the updated Hilux pick-up on the same date. Nevertheless, the Japanese automaker is yet to make an official announcement regarding the same. The Toyota Fortuner facelift is expected to receive a few styling changes, which is quite noticeable from the images that surfaced the internet a while ago. Similar changes are expected to be made on the front fascia of the Hilux. Upfront, the updated model will employ a new grille. The car will also get a new set of headlamps with integrated LED DRLs, new front bumper and also newly designed alloy wheels. The cabin of the 2020 Fortuner will feature a new touchscreen infotainment system with Apple CarPlay and Android Auto compatibility. The upcoming 2020 Thai-spec Fortuner will also get the company’s Safety Sense package with features like adaptive cruise control and automatic emergency braking. Moreover, the Australia-spec Hilux facelift will reportedly get powered by a 2.8-litre turbocharged oil-burner, which churns out 27bhp of peak power and 470 Nm of twisting force. The new motor will come paired with a 6-speed automatic gearbox. 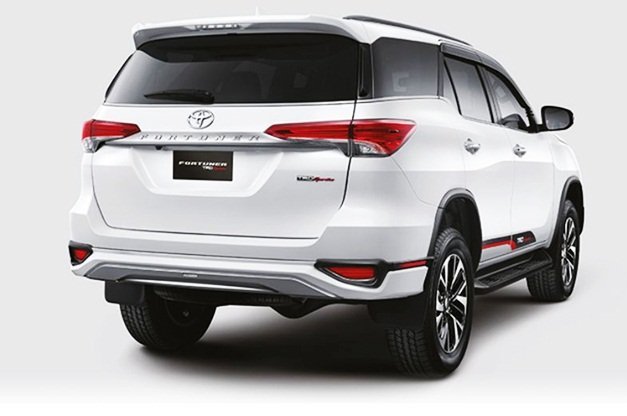 The new pickup is also expected to receive a 3.0-litre V6 turbo diesel mill, which puts out 270bhp of power output. The upcoming India-spec Toyota Fortuner will be powered by BS6-compliant 2.7-litre petrol and 2.8-litre diesel power plants. The oil-burner will be offered in two states of tunes- 174bhp/420 Nm paired with a 6-speed MT and 174bhp/450 Nm coupled to a 6-speed AT. The 2020 Toyota Fortuner will continue to feature powered tailgate with memory function, automatic climate control, leather upholstery, 8-way electrically adjustable driver’s seat. Moreover, in terms of safety feature, the SUV will continue to employ ABS with EBD, 7 airbags, stability control, hill-hold assist and hill descent control.