Volkswagen will two-new cars in India based on the MQB-AO-IN platform. One of these could be the new-gen Vento based on the 2020 VW Polo Sedan

Volkswagen is planning to introduce two-new cars in India based on the company’s MQB-AO-IN platform. The first car will be a mid-size SUV named Taigun, which is expected to hit the Indian shores by 2021. On the other hand, the second vehicle is an all-new sedan, which shares its design cues with the Virtus. Recently, VW has unveiled a new Polo Sedan for Russia and one of the upcoming India-spec cars could be based on this Russia-spec model.

Also Read: Volkswagen To Launch 4 SUVs In India By 2021 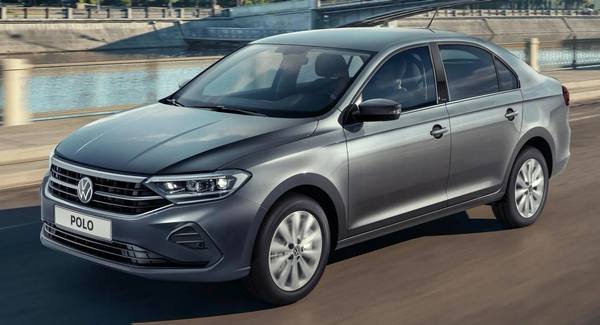 The newly launched Russia-spec VW Polo Sedan looks entirely different from the VW Vitrus. It looks more like a re-badged Skoda Rapid. The rear section of the all-new Polo sedan features liftback type roof, which means the trunk lid opens together with the rear window.

The German giant hasn’t revealed the dimension of the all-new sedan, but one can expect it to be similar to that of the ongoing Skoda Rapid. The all-new Skoda Rapid is 4.48 mm long and it has a wheelbase of 2.60 mm. Moreover, it offers 550-litres of boot space. On the other hand, the Virtus sedan is 4.48 mm long, but it has a longer wheelbase of 2.65 mm, but a compromised boot of 521-litres. Outside, the Volkswagen Polo sedan features LED headlight cluster, 16-inch sporty looking alloy wheels, front grille with some chrome inserts and chrome treatment on the rear diffuser and the bottom of the side windows. The interior of the all-new VW Polo Sedan employs a steering wheel inspired from Golf 8, automatic climate control, a floating touchscreen infotainment system along with a 10.25-inch digital instrument panel. Moreover, it also gets light and rain sensors, reverse parking camera along with front and rear parking sensors. The Volkswagen Polo sedan is powered by a 1.6-litre, naturally-aspirated petrol engine, which puts out 90bhp of power and 110 Nm of peak torque. A more powerful 1.4-litre, TSI petrol mill is also on offer that produces 125bhp of peak power. The transmission duties are performed by a 5-speed manual, 6-speed automatic and 7-speed DSG transmission. The same engine and transmission options are offered with Skoda Rapid.