A test mule of 11th-gen Honda Civic has been recently spied during its test run. It is likely to be unveiled by sometime next year. Read the complete report here.

The Japanese automaker Honda introduced the tenth-gen Civic in the Indian market last year. The premium sedan is doing quite well in terms of overall sales. The tenth-gen Honda Civic has been serving the international markets from quite some time now, and will soon be replaced by a new model. Recently, a heavily camouflaged test mule of the next-gen Honda Civic has been spied while getting tested. The recent spy shots reveal some key details of the next-gen Honda Civic. The model spied undergoing road tests is the 4-door model of the premium sedan. 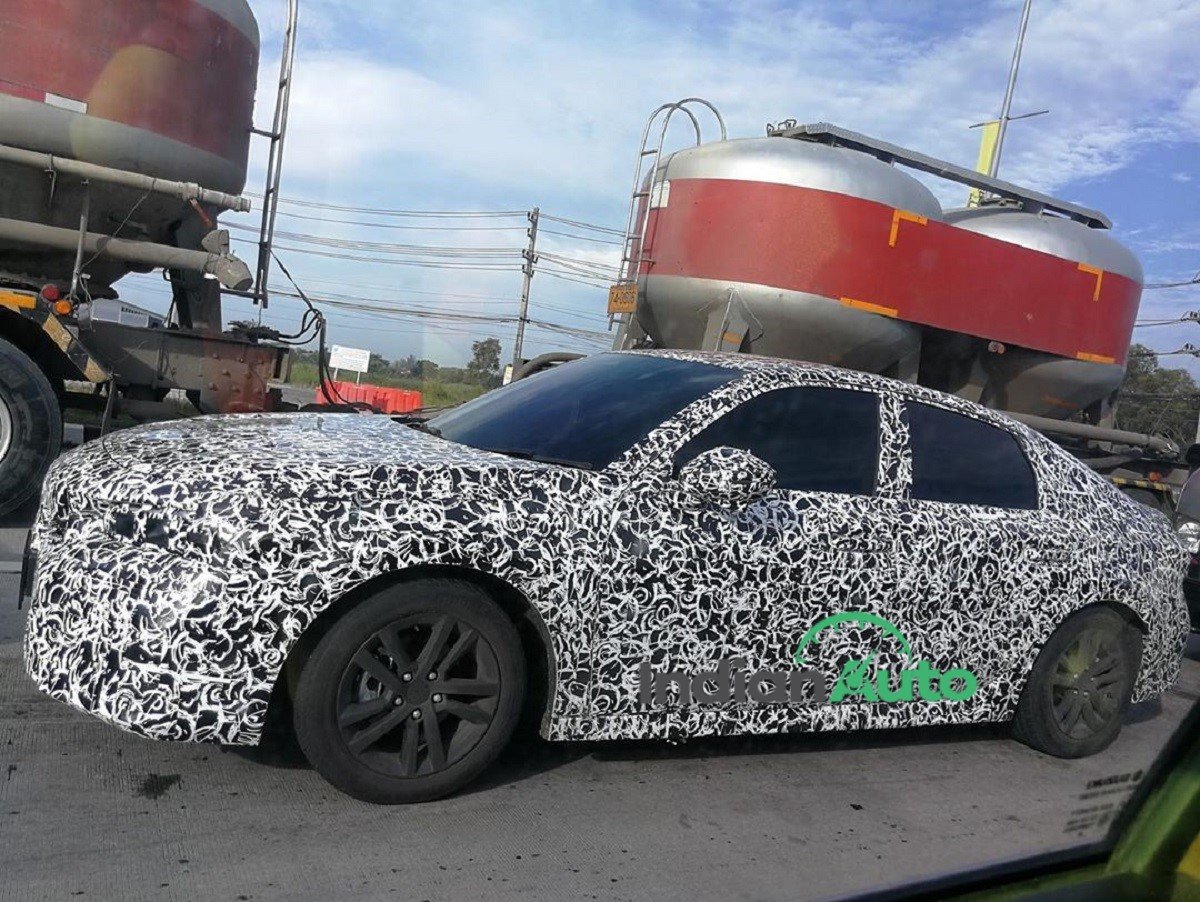 The front fascia of the car features a new pair of headlamps. The ongoing model’s thick chrome grille seems to be pushed up a bit and the central air dam now looks quite big. The new-gen Honda Civic will retain its predecessor’s fastback-like design with a coupe-like roofline. Moreover, the bonnet of the car now looks longer. The rear fascia of the sedan is heavily camouflaged, but one can expect it to employ a new set of taillights along with a revised bumper. On the side, the car will sit on new multi-spoke alloy wheels, which will enhance the overall road presence of the sedan. The underpinnings and powertrain details of the new-gen Honda Civic are still under the wraps. The ongoing, India-spec Civic is powered by a 1.8-litre NA gasoline motor, which puts out 141bhp of max power. It comes paired with a 7-step CVT automatic gearbox. A 1.6-litre diesel unit is also available as an option, which produces power and torque outputs of 118bhp and 300 Nm, respectively. Transmission duties are done by a 6-speed MT or a CVT. In the international market, the sedan is offered with a variety of petrol engines such as- a 1.0-litre turbo-petrol, 1.5-litre turbo-petrol and 2.0-litre naturally-aspirated unit. There’s also a 1.8-litre oil-burner on offer. Moreover, the sportier Honda Civic Type R is propelled by a 2.0-litre turbocharged petrol unit, which develops 320bhp of peak power. The motor comes mated to a 6-speed MT. One can expect the next-gen Civic to debut by early 2021.