Hyundai is all set to take the covers off the next-gen Elantra on coming March 18. However, here's a slight glimpse of how the car looks like.

Hyundai has recently launched the Elantra facelift in India. However, the next-generation of the car is all set to be unveiled officially in the USA on March 18, 2020, and the first pictures of the upcoming model are already out. Hyundai seems to be on a roll, as the carmaker is updating almost all of its products. But this time, the manufacturer has parted ways from its ‘Sensuous Sportiness’ design language for a rather polarizing ‘Parametric Dynamics’ design theme. The intersection of three different lines at one point to form polyhedral shapes is the key elements of the new design language. 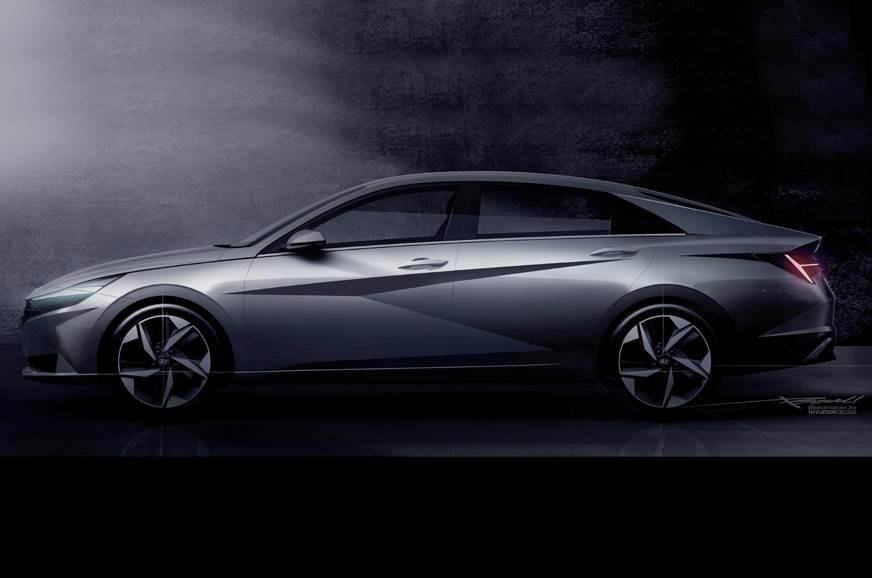 The next-gen Elantra will be officially unveiled on 18 March.

With the new design theme, Elantra now gets a wider cascading grille with polyhedral geometrical pattern and merges into the swept-back headlamp units. On the rear, its tail lamps get T-shaped LED elements connected together with a light bar. The dual-tone alloy wheels are the nicest we have seen on any Hyundai in the recent time, as they aren’t all that cluttered. The car now appears to be longer, wider, and squatter than the outgoing version. However, the exact dimension will be only be revealed at its official unveil.

The manufacturer has, however, shared a little about how the car would look like from inside, in the form of design sketches.  It gets a similar steering wheel as the upcoming Elite i20. It gets a unibody housing for the instrument cluster and the infotainment screen. Also, the cockpit looks like a driver-centric affair, with a high centre console. The dashboard is wide, and helping it look even wider are the un-cluttered AC vents and red-LED accent below them. With hardly any buttons in place, the interior has a clean minimalistic look.

Also Read - 2020 Hyundai Creta Body Structure Is ‘As Solid As A Rock’. 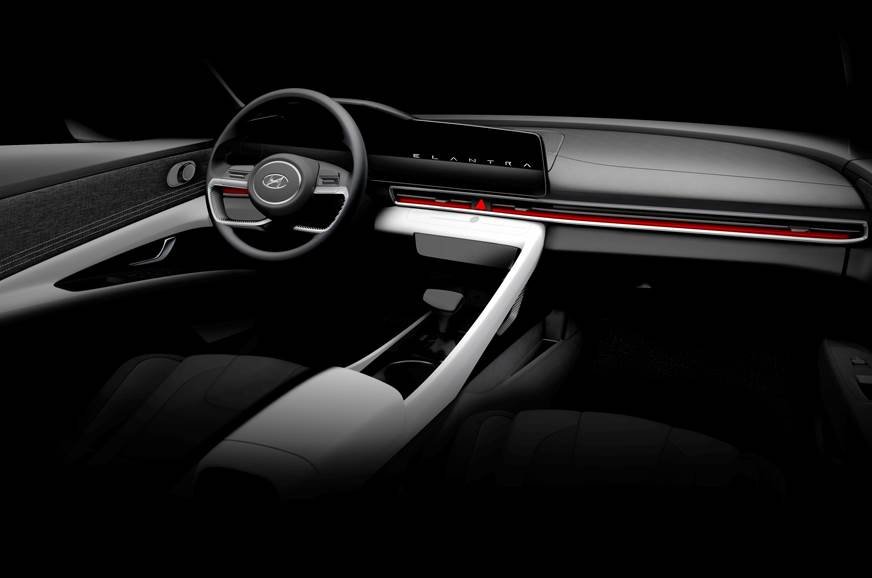 With hardly any buttons around, the dashboard get a minimalistic design theme.

Hyundai hasn’t revealed of any technical specifications yet, but it is pretty obvious that the next-gen Elantra will be underpinned by an all-new platform. Also, the car is expected to get a range of petrol and diesel engine options. First on the list will be a 2.0L inline-4-cylinder petrol motor that is also seen doing duties on the current generation Elantra. The next is a Seltos-derived 1.5L diesel engine, which will soon be seen on the upcoming Creta and Verna. The 1.4L turbo-petrol mill seen on the Seltos is also expected to be on the cards with the next-gen Elantra. Although, Hyundai has no plans to launch the next-gen Elantra in India anytime before next year.