Here's a Look at the Interior of the 2021 Kia Carnival

Next version of the Kia Carnival is undergoing testing before hitting the market in 2021. Here are the first images of the new MPV's inerior

Kia Motor is readying the new MPV Carnival for launch next year. While the exterior of the 2021 version is revealed a while ago, the interior remains under the wrap until recently. 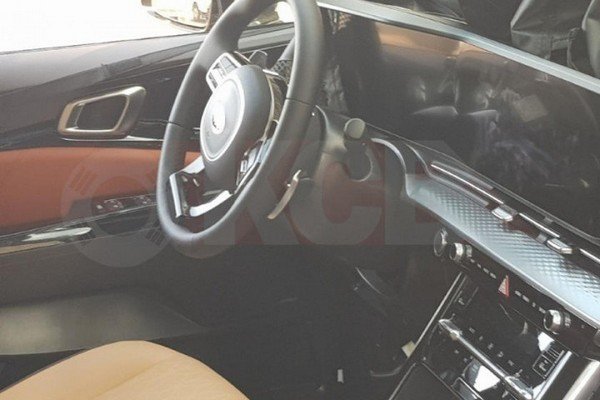 As per the recent spy images, the Kia Carnival will feature a revised dashboard that is heavily inspired by Mercedes' design. For example, the dash sports a floating infotainment system that merges seamlessly with the digital instrument cluster, resembling the design of the E Class. Underneath the infotainment screen comes a sleek horizontal air vent. The centre console features knobs and buttons for controlling the climate and audio system. Next to the centre console sits the three-spoke steering wheel with paddle shift.

The next-gen Carnival will continue to be available in four seating layouts including 6-, 7-, 8- and 9-seater version. The model captured in the spy images seems to come with the 9 seater configuration. 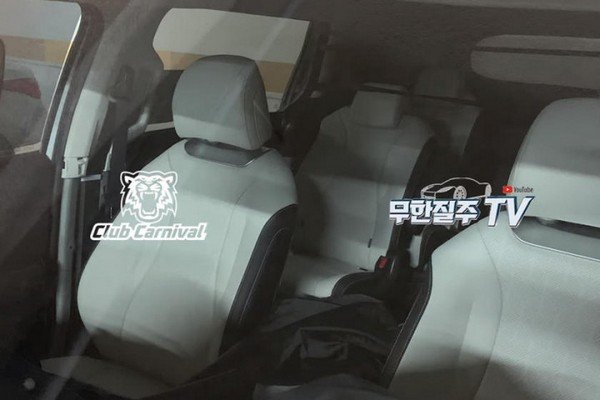 About the features, the Kia Carnival is expected to be offered with dual sunroof with rear electric sunroof, electric tailgate, tri-zone climate control, wireless charger. With regard to the entertainment front, Kia Carnival seems to come with entertainment screens for the rear seats, infotainment system with Apple Carplay and Android Auto connectivity as well as UVO connected system as well as an upmarket sound system. In terms of safety, the Kia Carnival will be available with 6 airbags, ABS with EBD, a rearview camera and electronic stability control, front and rear parking sensors.

Information about the engine options of the 2021 Kia Carnival is not confirmed yet. The upcoming version can carry over the existing options including a 2.2-litre CRDI engine. This motor is powerful enough to put out a top power of 200 PS and maximum torque of 440 Nm. The only gearbox option for the current Kia Carnival is 8-speed automatic transmission.

Kia Carnival Pros & Cons (Hindi) | What We Liked & What We Didn't

Kia Carnival just arrived in the Indian market recently. At launch, it is on sale at the starting price of Rs 24.95 lakh. The top-spec version is priced at Rs 33.95 lakh. It is now available in three variants, Premium, Prestige and Limousine. Currently, slotting above the Toyota Innova Crysta and below the Mercedes-Benz V Class and Toyota Vellfire, this premium MPV has no direct rival in the market.