2021 Toyota Fortuner facelift Just a Step Away From its Premiere

Toyota has released the first teaser image of the new Toyota Fortuner facelift. The teaser confirms the debut of the new SUV alongside the new Toyota Hilux pickup truck. Both the SUV and the pickup will be globally unveiled on June 4th. 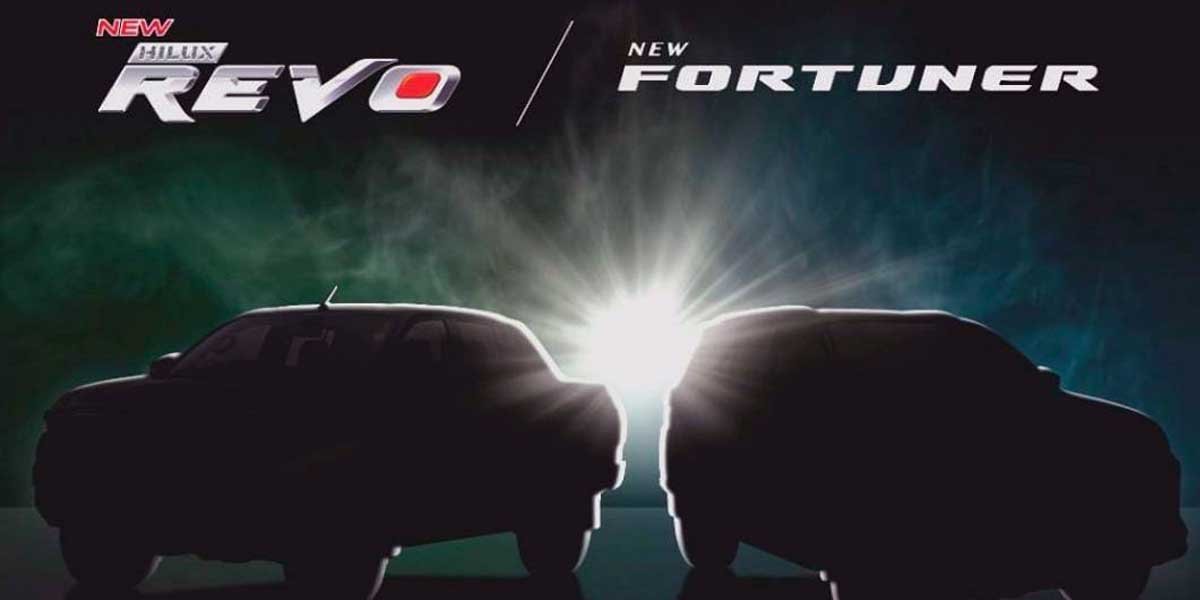 Spy images of the Fortuner facelift have been circulating on the internet for quite some time. Plenty of digital artists have also created multiple speculative renderings based on said spy images. The new model is expected to sharper-looking than the current model, with bolder design elements. At the front, there will be sleek-looking headlamps with LED DRLs. The front grille will be vertically split, with a smaller upper portion and a much larger lower portion. The front bumper is also new, along with new foglamp housings.

The side profile of the SUV remains identical to the current version, except for the new design for the alloy wheels. The rear section also gets a redesigned bumper with a new L-shaped reflector. The taillamps design, however, seems to be the same as before. The new model might also get a dual-tone paint scheme, along with the floating roof design seen on the outgoing version.

As for the mechanical aspects, the engine options are expected to remain the same although the power output might be bumped up. The current model is offered with two powertrain options- a 2.8-litre, inline-4, turbo-diesel motor and a 2.7-litre, naturally aspirated, inline-4 petrol engine. The former produces 176 PS of max power and 450 Nm of peak torque, while the latter generates 165 PS and 245 Nm. Both the engines come mated to either a 6-speed manual or a 6-speed torque-converter automatic gearbox, although only the diesel model can be had with a 4x4 system.

Upon launch, the new Fortuner facelift will compete against the likes of Ford Endeavour and Mahindra Alturas G4. Toyota is also working on a facelift model for the new Innova Crysta as well. The new Innova, expected to be launched in 2021, will borrow the same sharp and sleek design cues from the Fortuner facelift, with which it already shares its underpinnings.