7 0
The Ford Aspire Facelift was launched in India on October 4. This is the first time that the car has received a thorough update since its launch.

1. A comprehensive improvement in appearance

The new Aspire’s exterior has been just gently facelifted but the alterations have contributed a great deal to improving its appearance. The bumper at the front has been redesigned with fog lamps and a more chrome-embellished Aston Martin-esque grille. There have also been some design tweaks to the headlamps as well. The bigger car wheels which measure 15 inches, in place of the small 14-inch old ones, also help improve the appearance of the new sedan. A little bit disappointingly, LED DRLs are still absent on the car’s exterior.

While the cabin of the new Ford Aspire still features the same black and beige colour tone with a mildly redesigned front seats and a foldable armrest in the centre as its predecessor, the dashboard is thoroughly refreshed. Now, it comes with a brand-new touchscreen infotainment system with an 8-inch display, which can support SYNC3, Android Auto and Apple CarPlay connectivity. The new vehicle is also equipped with a novel AMT climate control, a start/stop button and lighted USB sockets. 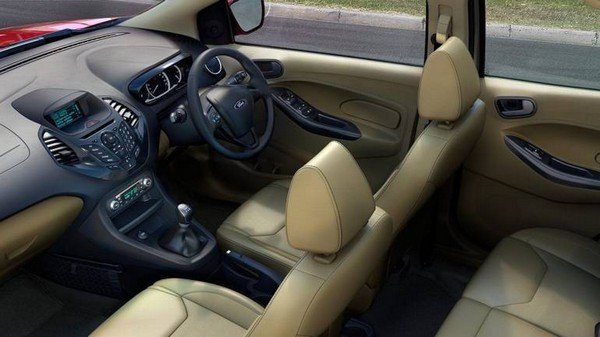 The new-gen Ford Aspire is powered by two petrol engines and a diesel motor. While the diesel engine remains the same, the petrol engine has experienced some changes. To be more specific,

The new Aspire receives power from two new petrol motors. The traditional 1.2-litre engine with four cylinders has been substituted by the new 1.2-litre motor with three cylinders debuted with the Ford Freestyle. This engine can produce up to 96bhp of maximum power and 120Nm of max torque, which is much more powerful than that of the previous model, but it is much more fuel efficient. Fuel efficiency range from 18.16kpl and 20.40kpl (on low-spec variants) to 19.4kpl (on the high-spec variants). The 1.2-litre petrol motor is available only with 5-speed manual transmission.

Another new engine on the facelifted Ford Aspire is the 1.5-litre petrol one with three cylinders, which can deliver the power in the range from 112hp and 136Nm to 123hp and 150Nm. As earlier, the more powerful petrol engine is on offer with only an automatic gearbox. Nevertheless, Ford has substituted the dual-clutch transmission with a 6-speed torque converter one. But also take into consideration the fact that a rise in the power produced and change to a torque converter also means that the fuel efficiency decreased. The fuel economy of the Aspire with a petrol automatic transmission is 16.2kpl, decreasing by nearly 1kpl from the previous model.

The 1.5-litre diesel motor can produce 100hp and 215Nm, paired with a 5-speed manual gearbox, which is also the same as the outgoing model, but a gentle tweak has been made to raise the fuel efficiency by almost 0.3kpl. 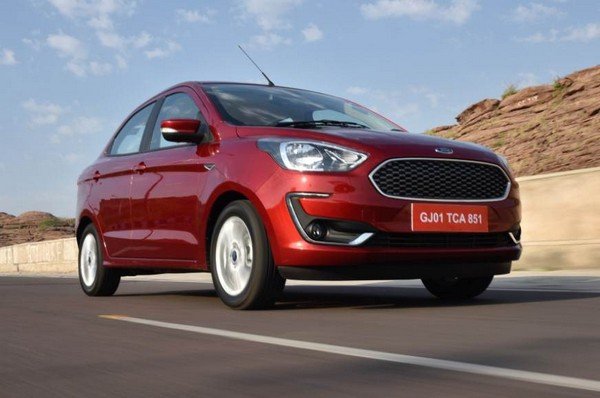 Along with a wide range of updates, the new-gen Aspire also has special offers in terms of price and maintenance cost. The petrol MT costs Rs 5.55-7.24 lakh, the diesel MT at Rs 6.45-8.14 lakh, and the petrol AT at Rs 8.49 lakh, which is Rs 20,000 less expensive than the previous model. The number of variants available has also been increased, thanks to the launch of the brand-new Trend+. Most favourable maintenance cost and a warranty covering five years and 1,000,000 km of travel are also being introduced by Ford. 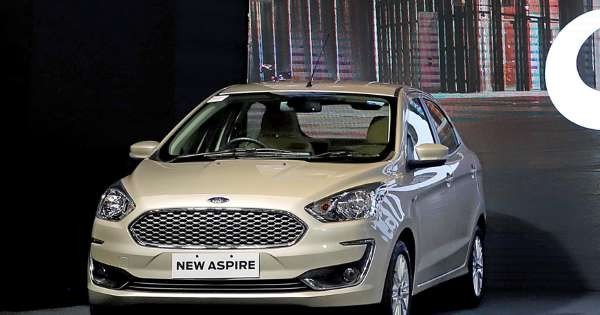 The new Aspire has been more reasonably priced

With a reasonable price and a wide range of advanced and interesting features, the 2018 Ford Aspire facelift can become a strong competitor of some well-known sedans in the Indian sedan segment such as Honda Amaze, Tata Tigor, Maruti Suzuki Dzire, Volkswagen Ameo, marking the deeper penetration of Ford into this teeming segment in India.

2018 New-Gen Ford Aspire Variants Explained: Which One is Best for You?