Vitara Brezza is among the fastest-selling car in the Indian market, and Maruti Suzuki has sold around 500,000 units of the sub-four-meter SUV in just 47 months. 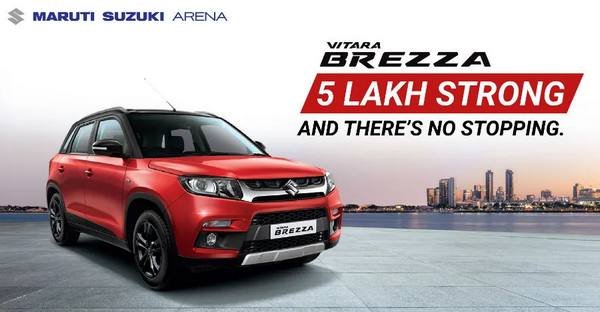 Maruti Suzuki has sold around 500,000 units of Vitara Brezza in 47 months

“Offering a complete package of class-leading features, stylish design, and outstanding fuel efficiency, the most awarded compact SUV, Vitara Brezza gained immense popularity within months of its launch. Designed and developed by the team at Maruti Suzuki using Suzuki core technology, Vitara Brezza struck the right chord with Indian customers. The 5 lakh unit sales in just 47 months are testimony of the customer’s increasing preference for stylish and feature-packed compact SUV. We extend our gratitude to our customers for their constant support. We are confident that Vitara Brezza will continue to win the hearts of customers across India.”

Also Read: This DC Modified Renault Duster Is Cheaper than A Maruti Brezza 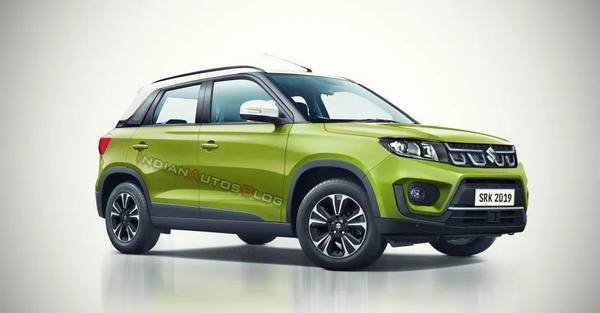 The Maruti Suzuki Vitara Brezza is only powered by a 1.3-litre, diesel engine, which churns out a max power and torque output of 90 PS and 200 Nm respectively. The engine comes coupled to a 5-speed MT or a 5-speed AMT. The updated Vitara Brezza will employ subtle cosmetical and feature upgrades along with an introduction a 1.5-litre, petrol mill. The same petrol engine powers the Ciaz and Ertiga in the Indian market.