Maruti has discontinued diesel engine on 7 of its cars to get its product lineup ready to meet the BS-6 emission compliance.

Maruti Suzuki is the largest carmaker in the country. It is ready with a BS-6 lineup to embrace the upcoming emission norms, but without any diesel engine on any of its car. Maruti’s portfolio now features K-series petrol engines only. The carmaker has announced to stay away from diesel engine in the BS-6 era. Thus, a lot of Maruti cars, 7 to be exact, will now be parting ways from their diesel power plants. 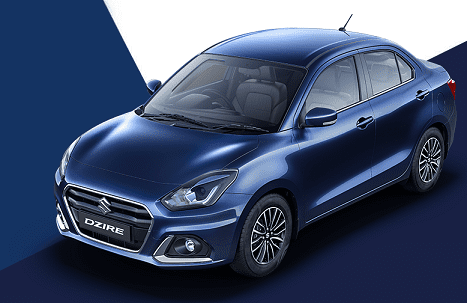 Maruti has recently launched the Dzire facelift with the DualJet K12N unit.

The carmaker was offering a total of 7 cars with a diesel engine as an option. The list included Swift, Dzire, Baleno, Ertiga, Ciaz, S-Cross, and Vitara Brezza. The Brezza was, however, the only car to be sold with a diesel engine only. The rest were offered with a petrol powerplant as well. Maruti was using Fiat-sourced 1.3L diesel engine and its own 1.5L oil-burner across the lineup.  With the new BS-6 emission norms, the carmaker had to upgrade these engines to emit out lesser particulate matter, SOX, and NOX compounds. The development would have incurred a lot of investment to the manufacturer, hence discontinuing the diesel variants made more sense. Maruti Swift will soon be updated with the DualJet petrol unit seen on the Baleno.

That said, the carmaker has confirmed if the demand for the diesel variants of the car is seen in the market, the manufacturer will re-introduce them soon. Till then, the carmaker has been introducing DualJet K12N motor across the lineup to fill the space between the petrol and diesel engine by this powerful motor.

Recently, the carmaker has updated the Dzire with the DualJet K12N motor. In comparison to the older K12M mill, it produces 7 more horses, while the torque output is identical to the earlier unit at 113 Nm. The peak power output is now rated at 90HP. This engine debuted on the Baleno and would soon be introduced in the Swift as well.

Maruti has also updated the Brezza with a mid-life facelift and a new petrol engine has replacied the Fiat-sourced diesel mill seen on the earlier version of the car. The new unit is a 1.5L K-series petrol motor that produces 104 BHP and 138 Nm. The naturally-aspirated motor is offered with 2 gearbox options – 5-speed MT and 4-speed AT. The carmaker will also be plonking this engine on the S-Cross soon. However, to keep the running cost of people-mover ‘Ertiga’ in check, the manufacturer has introduced the option of CNG across its variants. So, a diesel engine from Maruti should not be expected until a new rise in demand for diesel cars is observed in the market.