All to know about the 2020 Hyundai Palisade SUV

The 2020 Hyundai Palisade SUV is projected to be officially debuted on November 28, 2018 at the LA motor show. Prior to this introduction, Hyundai has leaked some information on this new SUV.

Hyundai has officially confirmed that its next important SUV will be named the Palisade. Expected to be the new flagship product of the South Korean automaker, the 2020 Hyundai Palisade SUV is being developed and will have a higher position than the Santa Fe. Spy images have been taken when the vehicle is being tested, which gives us some information on this new SUV. Hyundai has revealed that the Palisade will “convey a bold exterior that commands attention and has strong inherent imagery of safety and security, especially important with parents with growing families and active lifestyles'”.

Overall, Hyundai is trying to make its vehicle become more aggressive and wants to further penetrate into the premium SUV segment. The Palisade will first be launched in the USA, but whether it will be launched in India or not still remains open to question, maybe by late 2020.

The Palisade SUV will take the inspiration from the HDC-2 Grandmaster concept which was introduced earlier at the Busan Motor Show.  It is going to be a muscular SUV with a square sharp C-pillar and an aggressive face. The South Korean automaker is very generous in adding a great deal of chrome on the bumper, grille and window line, which can contribute to the attractiveness of the SUV. Other exterior features include

While not much official information has been revealed about this vehicle, but it seems to be obvious that the Palisade will be the older sibling of the Kia Telluride (anticipated to be revealed later this year) and is greater in length, width and height than the new Santa Fe. The Palisade will come with three seat rows, with seven and eight-seat options available. Being the flagship product of Hyundai, the Palisade will be equipped with a wide range of equipment like other cars in Hyundai lineup consisting of Hyundai’s most modern safety equipment, infotainment system and driver’s interface. The specific interior features revealed so far include

The Palisade is expected to offer an amber space inside, ensuring a comfortable travelling experience for the passengers.

Hyundai has claimed that the Palisade SUV will “offer a reassuring level of high-tech, intelligent safety features”. Let’s see if the South Korean automaker manages to keep its promise. The Palisade will be underpinned by a brand-new platform and offer a front wheel drive (FWD) system across all variants and an optional all-wheel drive (AWD) setup.

While it might be too soon to make any anticipation about the mechanical specifications of the new SUV, if we still have to guess, the Palisade is likely to have multiple engine options. It will be powered by a 3.3L twin-turbo petrol V6 motor which can deliver 365hp of max power and 510Nm of peak torque. Hyundai is also planning to introduce a hybrid version later, with an engine combination of a 3.5L petrol V6 unit which can churn out 270hp and an electric unit which can produce 130hp. The new Palisade SUV is also expected to receive power from a diesel motor, which is a more powerful version of the 1.2L diesel engine on the facelifted Santa Fe. The transmission duties are going to be undertaken by an 8-speed AMT gearbox which will spread the power to the four wheels. 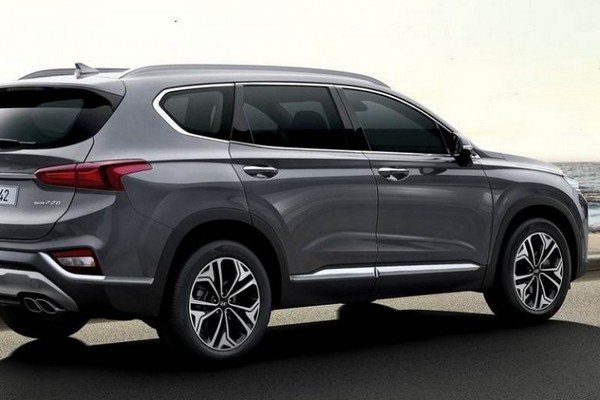 The Hyundai Palisade is expected to have multiple engine options

The Hyundai Palisade will make its global debut in 2019 and is expected to come to the American market next year. Whether the giant SUV will be introduced to the Indian auto market or not has not been confirmed by Hyundai. If it becomes a reality, the earliest launch date for the vehicle will be the end of 2020, after the facelifted Hyundai Tucson and the new-gen Santa Fe.

Once launched in India, the Hyundai Palisade is expected to be the most expensive vehicle in Hyundai’s lineup in India and priced in the range from Rs. 30 lakhs to Rs.35 lakhs to compete against Ford Endeavour, Toyota Fortuner and Skoda Kodiaq. This high price is one of the reasons why by now it is still open to doubt as to whether the Palisade will come to the Indian auto market or not. 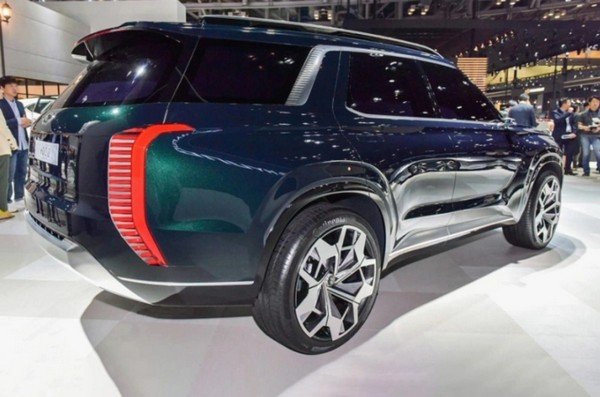 This giant 2020 Palisade SUV will mark another step of penetration into the Indian teeming SUV segment of Hyundai and reinforce the South Korean’s position in the Indian auto market. Despite the high price, this SUV is still long-awaited by the car buyers in India. What do you think about this new SUV and its prospect? Will it be launched in India? Let us know in the comment section below.