The new-gen BMW 3-Series will go on sale in India from July next year. The vehicle has experienced numerous test drives. Read on to discover what to look forward from this luxurious sedan.

The 2019 BMW 3-Series will be in its seventh generation when it is launched next year. The new 3-Series is claimed to be more luxurious, more comfortable and more modernly equipped than the outgoing model. BMW even announced that it is the best 3-Series to drive. But only time can tell whether this premium sedan lives up to these high expectations. So, let’s see what to expect from the BMW 3-Series which will go on sale from July 2019 in two variants: 320d and 320i. 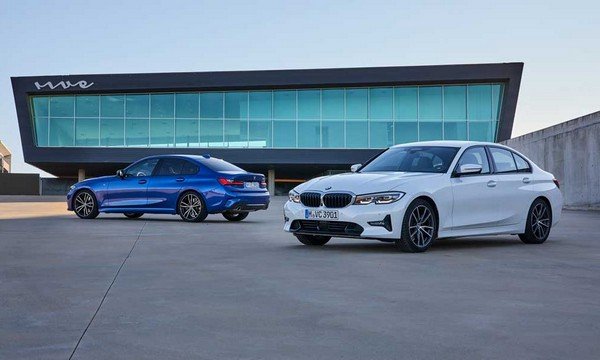 The 2019 BMW 3-Series is an all-new vehicle. The new platform, BMW’s Cluster Architecture (CL AR), which was first adopted by the 7-Series and then the 5-Series, will make the dimensions of the 3-Series alter. It is now 76mm longer, 16mm wider, 1mm higher, 55kg lighter and 50% stiffer than the existing model. It will also come with a 10mm-lower centre of gravity for better dynamics, a 41mm-longer wheelbase and 30mm wider tracks. The exterior is expected to be sportier and more robust with an angular and aggressive design. The overall posture of the 3-Series will remain unchanged but it will come with some updated features including Despite the unchanged posture, the new BMW 3-Series will get some new features

Entering the cabin, the first thing that will attract your attention is the new design and top-notch materials, which makes it look more luxurious. It will be equipped with a new dashboard. The wider 8.8-inch infotainment touchscreen system with new functions like gesture control and voice commands which you can only use “Hey BMW” to control are also expected to be equipped on the new 3-Series. Another advanced tech which we can also look forward to in the new vehicle is the iDrive 7.0. Speaking of iDrive screen. For the first time, the sedan’s software can be remotely upgraded; therefore, optional features can be added later. Overall, the cabin is fresh and luxurious with advanced functionality.

Globally, the BMW 3-Series will be equipped with an array of the latest safety technologies. Some expected standard safety features consist of systems to help the car accelerate, steer and brake in traffic and to identify potential obstacles such as bicycles and pedestrians. Optional features like traffic-aware cruise control, active lane control which can help the sedan keep the central position in its lane in long travels and a premium parking-support feature sourced from the new X5 compact SUV that will direct the 3-Series into and out of its parking spot are also expected to be found in the new sedan. We can expect most of the features to be made available for the Indian market. 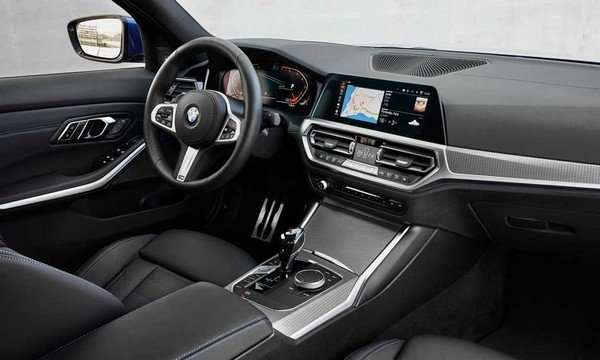 Besides some aforementioned advanced technologies, the 2019 BMW 3-Series will also offer the customers with more comfort when travelling. With more spacious shoulder room both in the front and the back, better legroom in the rear and more headroom in the back than the outgoing model, the passengers can feel the utmost comfort when travelling in the new 3-Series. In fact, the 3-Series sedan offers the best seats in its segment: supportive, well-cushioned seats. The front seats come with a greater width and comfort; back seats with a well-reclined backrest as well as good thigh and back support.

The new 3-Series sedan will get its power from both a petrol and diesel motor. The 2.0L petrol 320i with 4 cylinders can produce two states of tunes: 158hp/300Nm and 258hp/400Nm. Powered by this engine, it can accelerate from a standstill to 100kmph in 5.8 seconds. On the other hand, the 2.0L diesel 320d is good for two different outputs: 150hp against 320Nm and 190hp against 400Nm and can help the car speed up from 0 to 100kmph in 6.8 seconds. The transmission duties on both of the petrol and diesel variants will be implemented by a standard 6-speed AT gearbox or an optional 8-speed Steptronic transmission.

Strikingly, the axle tracks of the 3-Series in both the front and the rear are widened. It is likely to get MacPherson strut suspension in the front and a multi-link arrangement in the rear. The most important update here will be a passive damping setup incorporating stiffer springs on the suspension which is expected to offer the driver a sharper feeling. When going off-road, it will also enable the car to preserve a flat and stable drive. Additionally, the steering system will also be refined for better handling. Now, it may be too early to anticipate the price of the 2019 BMW 3-Series, but if we still have to guess, it may have a price range from Rs 40 lakh for the base variant to Rs 48 lakh for the top variant once launched in India, maybe in July 2019. Its expected rivals include the new-gen Mercedes-Benz C-class, Jaguar XE and Audi A4. The 2019 BMW 3 Series is expected to be aggressively priced

With a good ride quality, luxurious cabin and sportier exterior design, the answer to the question: “Is the BMW 3-Series worth waiting for?” is absolutely “Yes”. The BMW 3-Series is a very important product of BMW for not only Indian but also the global market as well. For such a price-conscious auto market like India, it is expected that BMW would price the new 3-Series as competitively as possible to effectively compete with other cars in the Indian premium sedan segment. What do you think about the BMW 3-Series and its prospects in India in particular and the international car market in general? Let us know in the comment section below.