In a recent incident, Arnab Goswami’s Toyota Corolla was damaged by an attack by thugs. The attached video here showcases the car’s condition.

Arnab Goswami, the Editor-in-Chief of Republic TV, was recently attacked by two goons while he was out with his wife during night time. The attack happened just 500 metres away from Goswami’s home. According to reports, the 2005 Toyota Corolla owned by Goswami suffered minor damage in the attack. The full extent of the damage is not known, but we’ve managed to obtain visuals of the car after the attack. 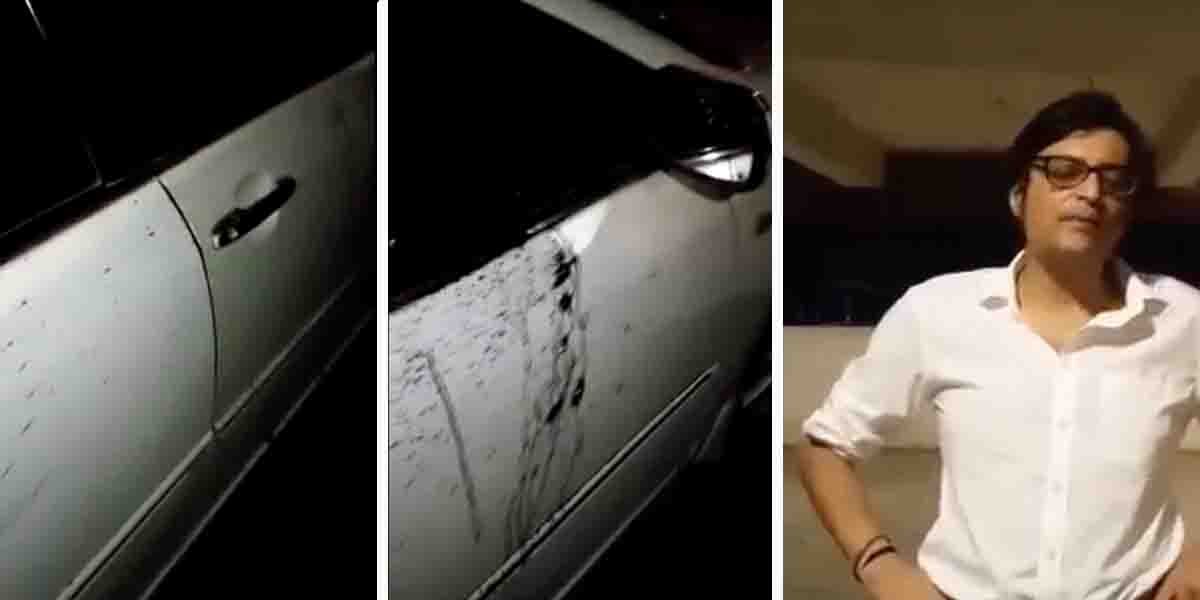 The video below showcases the car, owned by Arnab Goswami, in the aftermath of the attack. The car has a few dents on its doors, bonnet, and the front bumper. There are lots of ink spots all over the car, especially on the driver’s side window and ORVM. There’s some more ink on the A-pillar and the windscreen. According to Arnab, the attackers threw bottles of ink and hurled abuses at the journalist. Both he and his wife managed to stay safe by staying inside the car for the entirety of the incident.

The Toyota Corolla showcased here was the first Corolla model to be officially sold in India. Globally, the Corolla nameplate has gathered immense fame, becoming the best-selling car in the world of all time. In our country, the car was unable to replicate the same success. Its replacement, the Corolla Altis, managed to perform marginally better, beating competitors like Skoda Laura and Honda Civic (first-gen).

The 2005 Toyota Corolla was powered by a 1.8-litre, naturally aspirated, inline-4, petrol engine. This motor is capable of generating 125 PS of maximum power at 6000 rpm and 157 Nm of peak torque at 4,200 rpm. It was offered with a 5-speed manual transmission as standard, and there was an optional 4-speed automatic on offer as well. The Corolla nameplate was recently discontinued in India owing to the poor demand for D-segment sedans and the high investment costs required to bring the latest generation model to our shores. Without getting into the intricacies of the event, we totally condemn such an attack. The incident goes on to show the laxity of patrolling by police even though the entire country is currently under strict lockdown. Luckily, the security team of the news anchor could nab the culprits and hand them over to the cops.