To commemorate its Audi A3 model's fifth year anniversary in the country, Audi India has made the A3 sedan available at an attractively lower price point.

Audi India on Saturday announced the slashed ex-showroom prices for the A3 sedan in India during the car’s fifth-anniversary celebrations in the country. The Audi A3 is now on offer with the price ranging from Rs 28.99 Lakh to Rs 31.99 Lakh (ex-showroom, India). Back in September 2014, the German luxury auto brand first introduced the Audi A3 in the Indian market. The sedan then received an updated version in 2017 with the introduction of refreshed design, some cool technological bits and new petrol engine option. The Audi A3 has been on sale in the Indian market for more than five years.

Over five years of presence, the A3 sedan has come to reflect the company's exquisite design, technology and driving performance in the compact form. In terms of convenience and comforts, the A3 offers a 7.0-inch touchscreen infotainment system, wireless charging, panoramic sunroof, dual-zone temperature control, rear AC vents along with puddle LED lights with Audi logo. On the other hand, the Audi A3 is also available with Audi S Line suspension package that boasts the sporty front and rear bumpers, sporty side skirts, an S line rear diffuser, an S line grille, illuminated door sills with S logo, chrome tailpipes as well as S line badge on the car’s front fenders. 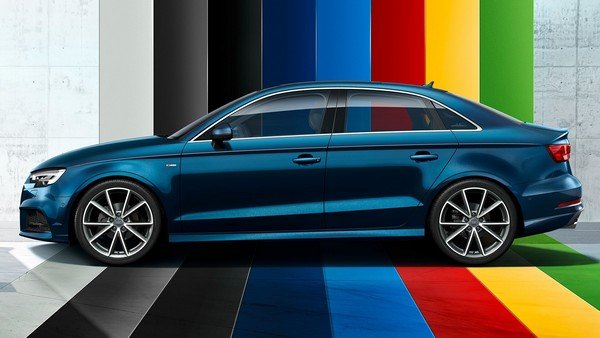 Audi has decided to lower the price of the A3 sedan by Rs 5 Lakh for the Indian customers to celebrate the anniversary.

Also Read - Audi A4 Facelift To Come With Hybrid Engine

The Audi A3 sources the power from two engine options including a 1.4-litre turbo-petrol engine outputting the max power of 150 HP and 250 Nm of peak torque and a 2.0-litre turbo-diesel motor making 143 HP/ 320 Nm of torque. While the former is connected with a 7-speed dual-clutch automatic transmission, the latter is coupled with a 6-speed DCT unit.

The Audi A3 is locally assembled at the company’s plant in Aurangabad, Maharashtra and comes to rival the like of Mercedes-Benz CLA sedan in India. Last month, Audi also launched the lifestyle editions of the Audi A4 and Audi Q7 to boost the brand’s cumulative sales in the country.