Ahead of the official launch in the following weeks, the BMW 5-Series facelift has been teased through an image of its front-end

BMW is gearing up toward the launch of the BMW 5-Series facelift in the following weeks. Ahead of the official reveal, BMW has dropped the teaser images of the upcoming facelift. On the new BMW 5-Series, there will be a couple of changes on the exterior as well as the adoptation of a new plug-in hybrid powertrain. 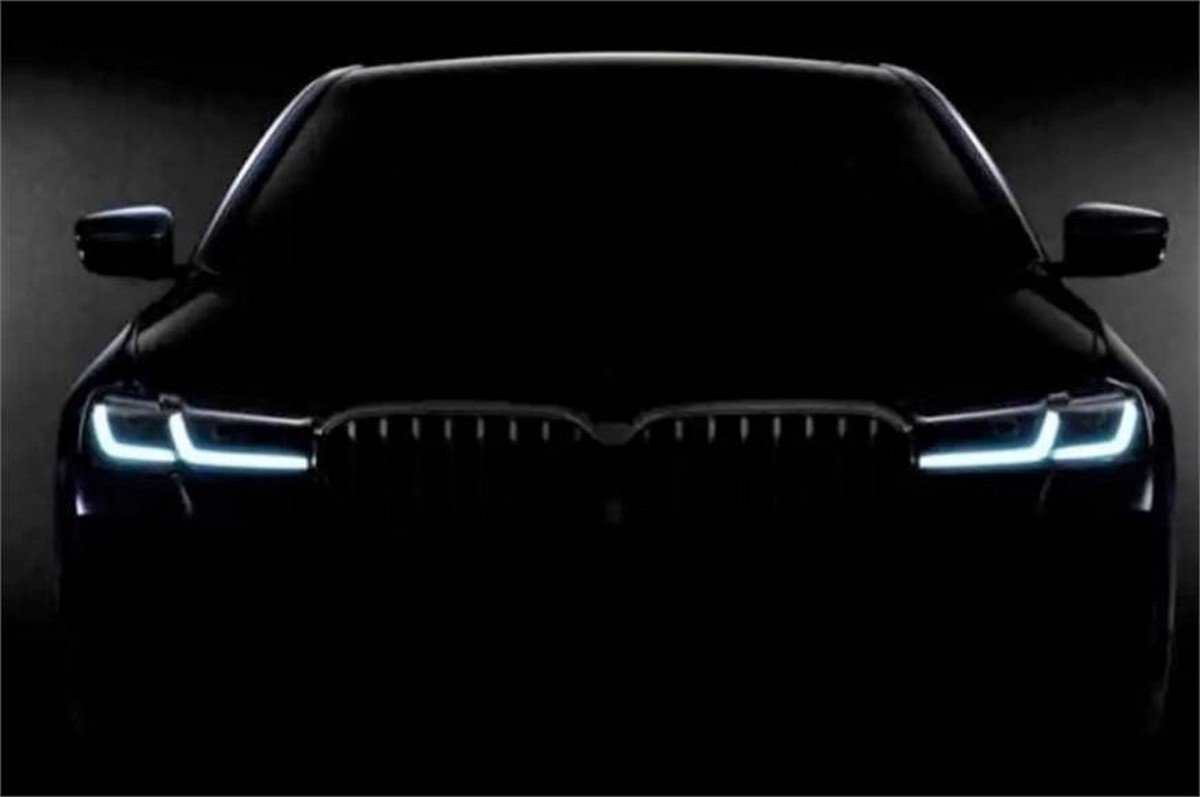 As per the teaser images, the BMW 5-Series will get slimmer headlights with integrated L-shaped LED DRLs. On the front end, the iconic kidney grille will be larger and connected to the headlamps. The teaser image does not reveal many details of the upcoming facelift. However, it is expected that the facelift will feature refreshed LED tail lamps, revised bumpers and new alloy wheels.

The interior of the BMW 5-Series facelift will be highly similar to that of the ongoing version except for some subtle changes. It is expected that the new BMW 5-Series will be compatible with Android Auto. It may be noted here that the current model’s infotainment system only supports Apple Carplay . With the launch of the facelift, the BMW 5-Series is likely to come with a plug-in hybrid version, the 545e. This hybrid variant will receive power from an inline-six hybrid engine along with an electric motor. In combination, this hybrid powertrain setting will deliver a top power of 400 Bhp. It remains unclear if this powertrain option can make its way to the Indian market.

BMW 5-Series is on sale in India in a price range of Rs 55.40 lakh to Rs 68.40 lakh (ex-showroom). The facelifted version is likely to be launched in India shortly after the international debut. The BMW 5-Series rivals the likes of Mercedes Benz E class, Audi A6 and Jaguar XF.