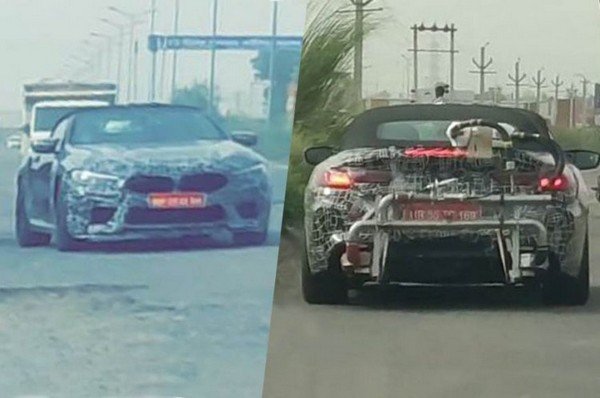 To differ itself from the conventional Convertible model, the BMW M8 Convertible gets a sporty front bumper, a black-out front grille, and exclusive quad-exhaust pipes. Similar to the BMW M8 Coupe, the M8 Convertible will sport a powerful 4.4-litre twin-turbo V8 petrol engine that delivers a maximum power of 600 PS and a peak torque of 750 Nm. This engine is paired with a 8-speed automatic transmission. An all-wheel-drive system is standard. This performance engine can do the 0-1000 kmph sprint in 3.3 seconds. With the assistance of an optional M Driver package, BMW M8 Coupe can build up a top speed of 305 kmph whereas, without this feature, it can only reach a top speed of 250 kmph. Especially, BMW also provides an even more powerful version of the M8 Convertible named ‘Competition’ which can lower the 0-100 kmph sprint time by 0.1 seconds. In the Competition model, the power output is boosted to 625 PS. 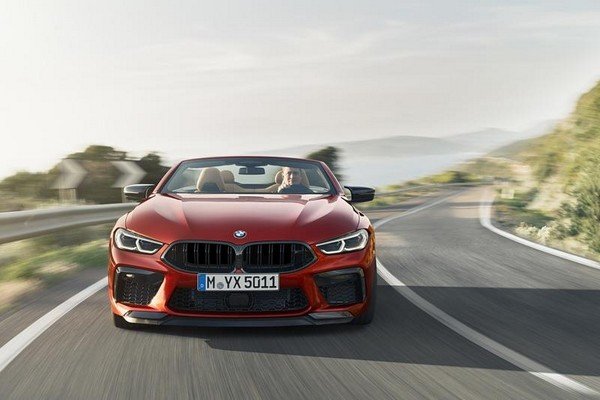 BMW M8 Convertible is expected to launch next year in India

To enhance performance, the M8 Convertible variant sports a firmer suspension setting and a sportier exhaust system. It also provides an extra ‘Track’ mode which is not available on the regular model. Besides, the M variants will sport a unique set of wheels along with standard M compound brakes. M carbon-ceramic is also available as an option. BMW M8 Convertible merely has any archrival in the India market. The closest competitor can be the Mercedes AMG S63 Coupe.

For the India market, the BMW M8 will be imported via CBU route (Completely Build Up). Under the new law, car manufacturers are allowed to imported 2,500 units per year without homologation. Recently, BMW has launched the X7 and the 7-Series facelift at the price of Rs 98.90 lakh and Rs 1.22 crore, respectively. The next model on BMW’s schedule is the 3 Series sedan which will be introduced on August 21.