BMW X7 2019 has been introduced at an ex-showroom price of Rs 98.90 lakh. It is available in two trims, xDrive40i and xDrive30d DPE Signature.

The BMW X7 was recently launched in India alongside the updated version of the flagship 7-Series sedan. This model comes into two trims, xDrive40i and xDrive30d DPE Signature. Both are priced at Rs 98.90 lakh. BMW X7 is 5,151 mm long, 2,000 mm wide, 1,805 mm high. The wheelbase measures 3,105 mm. It is offered in two interior setups, six-seater and seven-seater. All three rows get the reclining feature. 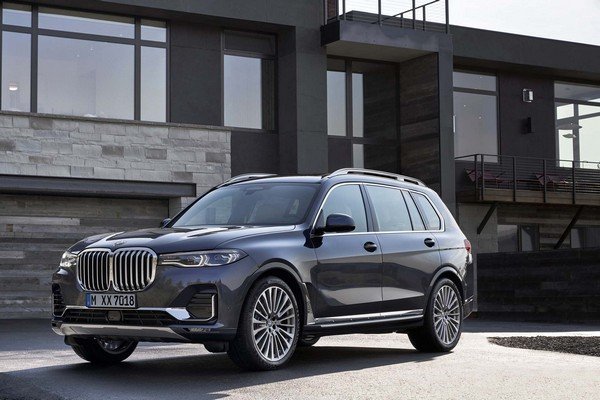 This flagship SUV sports an upright and imposing front design with BMW Laserlight and Adaptive LED Headlamps. It gets an accentuated horizontally-slatted kidney grille with chrome surrounds. Under the huge front grille is a hexagonal lower grille. It comes with sleek chrome-inserted LED fog light housing. To the rear side, BMW X7 also gets a heavy dose of chrome treatment around the tail lamps and on the tailgate. In general, this flagship SUV shares the signature silhouette shared among all X models.

For the interior, the BMW X7 gets a new BMW Live Cockpit Professional System with dual-screen display including a 12.3-litre touchscreen for the centre console and a 12.3-inch fully digital instrument cluster. The system features gesture control function and Apple Carplay support. Other highlights of the BMW X7 are five-zone automatic temperature control, electric panorama glass roof and autonomous parking function. The panorama roof features the illuminating starlight effect with over 15,000 small lightings. 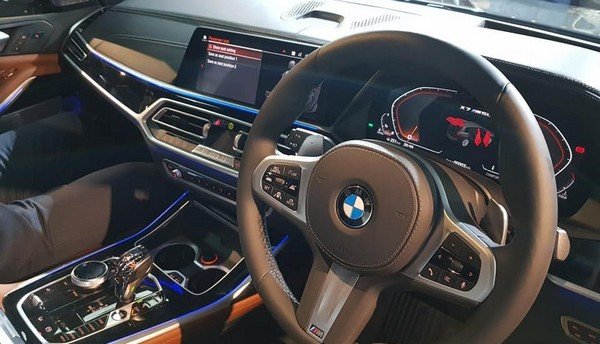 Under the hood, the BMW X7 xDrive40i is powered by a 3.0-litre in-line six-cylinder petrol engine which develops the maximum power of 340 PS and the maximum torque of 450 Nm. Whereas the xDrive30d is available with a 3.0-litre in-line six-cylinder turbocharged diesel engine that makes 265 Ps and 620 Nm. Both of them are paired to a standard 8-speed automatic transmission. The all-wheel-drive system is also available across the range.

At first, BMW will launch two trims of the X7, xDrive30d and xDrive40i, for India market. While xDrive30d variant is assembled at BMW’s facility in India, the xDrive40i will be imported as CBU units. At a later stage, BMW will introduce the 3.0-litre straight-six quad-turbocharged diesel engine that makes 400 PS and 760 Nm. BMW X7 is in competition against Mercedes GLS, Range Rover, and Lexus LX. More news about BMW cars will be updated at IndianAuto.com. Visit for more information.