A likely BS-VI compliant VW Vento TSI test mule was spotted during road testing last week, which gives out some details on the exterior and powertrain specifications of the upcoming model.

A host of latest spy shots of the VW Vento test mule has emerged online recently, rolling out some hints about the introduction of a new BS-VI compliant 1.0-litre TSI three-cylinder petrol engine option. Contrasting to the Latin American market, the Indian car freaks has not really respected the VW Vento (VW Virtus) so far. To curb the failure, the Czech automotive brand plants to make another resort to heighten the popularity of the eight-year-old sedan India through a second facelift set to come by late 2019.

Reports suggest that the second facelifted version of Vento will employ a BSVI-ready 1.0-litre TSI three-cylinder turbo-petrol engine as the power source. It would come to take on the 1.2-litre TSI 4-cylinder turbo-petrol unit available on the old Vento version. In order to bring down the production expenses and keep the cost in check, the new engine is expected to be locally manufactured by the carmaker. It will more likely to power the Skoda Rapid which is also projected to mark a fresh release in the market until a successor comes. 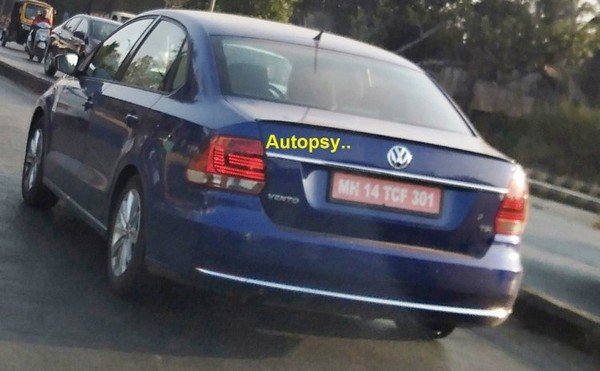 Other than that, the existing 1.5-litre TDI oil burner is anticipated to be retained on the Vento facelift at the initial stage but will be discontinued soon after the regulatory BSVI norms comes into effect. That scenario might happen on the current 1.6-litre MPI naturally-aspirated petrol engine as well.

The VW Vento facelift is expected to arrive during the festive season in the second half of 2019 and fare against the likes of next-gen Honda City and makeover version of Hyundai Verna.