Mahindra KUV100 NXT will soon be updated to comply with the BSVI emission norms. Apart from engine revision, the SUV will not get any cosmetic or feature updates.

Mahindra KUV100 NXT hasn’t received any significant updates since 2017. This year, the KUV100 NXT will its long-awaited upgrade before the BSVI emission norms come into effect. This time, the KUV100 NXT will be introduced with BSVI-compliant petrol engine, which will then go on sale in just a few weeks. The price of the Mahindra KUV100 NXT starts at Rs 5.5 lakh for the entry-level K2+ variant. The mid-range trim is priced at Rs 5.96 lakh while the top-spec variant is available at Rs 7.12 lakh. 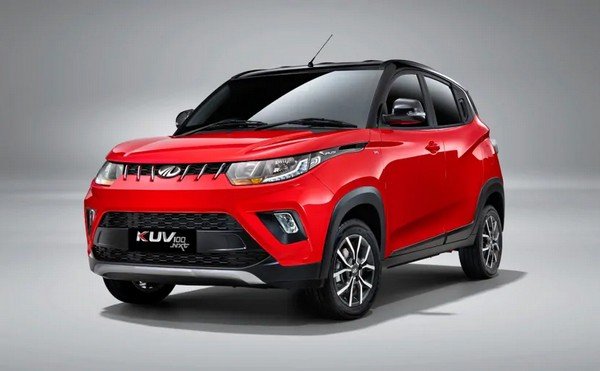 The most noteworthy update on the new KUV100 NXT is the reworked BSVI powertrains. The SUV will be powered by a BSVI-ready 1.2-litre three-cylinder petrol engine that delivers a peak power of 83 Bhp and a maximum torque of 115 Nm. This engine is carried over from the previous version, but with appropriate updates. The car will continue to come with the 5-speed manual gearbox.

Apart from the drivetrain updates, the Mahindra KUV100 NXT will come with the same avatar which has existed since 2017. Similar to the BSIV model, the 2020 Mahindra KUV100 NXT gets the same grille and bumper for the front as well as faux skid plates on the rear and 15-inch alloy wheels (top-spec model only). The interior also sees no changes, featuring the same equipment and technology. On the top-spec K8 variant, the SUV is equipped with a 7.0-litre touchscreen infotainment system, multi-information display, automatic climate control, driver seat height adjustment, steering-mounted audio control, and a chilled glovebox. While the pre-BSVI version was offered in both 5- and 6-seater setting, the upcoming version will only available in the five-seater configuration. Mahindra KUV100 NXT is now rivalling against the likes of Maruti Ignis and Honda WR-V.