China has recently imposed a new policy regard of the new-energy vehicle's production which will be in effect from January 2019. It is expected that the car maker will produce a large portion of battery EVs, plug-in hybrids and fuel cell vehicles.

China government has currently imposed a new policy in term of producing new-energy vehicles including battery EVs, plug-in hybrids, and fuel cell vehicles. Since the new law will be implemented from January 2019, many automakers in China will have to produce a significant portion of such vehicles. China, the largest for cars overall and the major source of growth for the new energy vehicle (NEV) industry, is holding one-third of 100 million vehicles produced globally every year. As a result, China emerges as one of the most profitable and teeming markets for almost international assembler. There is no automaker, hence, can afford to be shut out of the market. 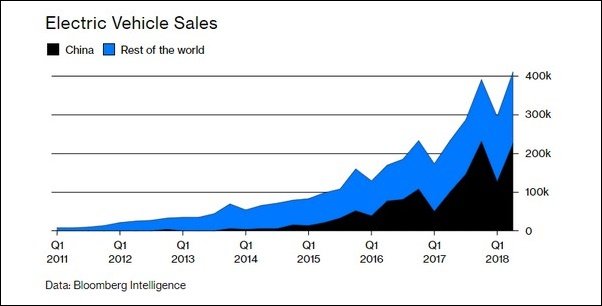 That China has entered into the World Trade Organization in late 2001, triggered the growth explosion of the China auto industry. The assemblers around the world, at that time, might already re-examine their global strategies to make substantial capital commitments in the country. Similarly, the changes in EV regulations are leading the automakers to re-consider their approach to EVs. The assemblers might react to the new policies in two ways. Firstly, without a doubt, the new NEV strategies, as well as new production targets in the China market as well as the global market, is likely to be proposed by the car makers. Secondly, others might intend to form the new alliances to guarantee the requirements of China’s new law. The assemblers are in the direction of rapidly accelerating their development as well as the manufacturing efforts to meet the targets. China Could Soon Become the Detroit of Electric Cars

Therefore, all the big manufacturers operating in China, even from global giants as General Motors and Toyota Motor, to domestic players like BAIC Motor and BYD have to meet the sizable proportion of production with escalating goals thereafter from January 2019. The automakers have to meet the sizable proportion of EV production

In particular, Chinese governments imposed a policy, in which, 7 million cars must be rolled out annually by the time 2015. Of all, around 20 percent have to be the plug-in hybrids, battery-powered and fuel-cell ones. This has been considered the single most important piece of EV legislation in the world scale. The initial target in the first year is a 10 percent credit, based on some factors including the range of the EVs as well as the propulsion used for the vehicles. This new policy will apply to those car makers importing and producing than 30,000 cars in China. The target would rise to 12 percent in 2020, with the ultimate goal being phasing out of all conventionally powered cars. The policy will apply to the car makers importing and producing than 30,000 cars in China

The largest automakers in the world have certainly been taking notice. Taking Volkswagen AG as an example, the automaker sold under 40 percent of its vehicles in the Chinese market last year. Recently, the German car maker has claimed to introduce about 40 locally produced NEV models within the next decade in the country.

“Volkswagen Group China will meet the government’s targets,” the company said in a statement.

BMW AG, which China market is the biggest market, has produced two plug-in hybrids in China and now is gearing up launching two pure-electric cars, consisting of the iX3 SUV in the phase of 2020. Sophie Shen, an automotive analyst at PwC in Shanghai, has said in a statement,

“Carmakers are both technically and commercially not ready for a ramp-up in EV production to the level of the quotas.”

Others, such as Toyota, Honda Motor Fiat Chrysler Automobiles, and Mitsubishi Motors set to sell the same electric SUV to deliver to Chinese drivers, which will be developed by Guangzhou Automobile Group. At the moment, the domestic models will just focus on remaining confined to the Chinese market. 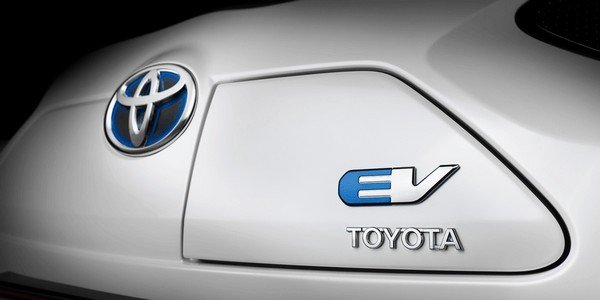 Both giant automakers like Toyota, GM Motors, etc. will be developed by Guangzhou Automobile Group

Current Maruti WagonR, Alto to be converted into EVs