Discounts Of Tata Hexa Increased To Rs 1.65 Lakh In October 2019

0 0
Tata Motor is releasing hot discounts across its models during the festive season 2019. Discounts of Tata Hexa raised up to Rs 1.65 Lakh for October 2019.

Tata Motors is looking to liven up things in terms of sales for October 2019 when the Diwali festive season is set to kick in. To motivate the buyers’ sentiments, the home-grown automaker has announced attractive discounts and benefits for its models, especially the Tata Hexa during this month. Sales of Tata Motors have dropped dramatically in the last few months during the ongoing industry slowdown.

As compared to September, discounts on Tata cars have been increased considerably for select cars. In particularly, the Tata Hexa is available with a total of Rs 1.65 lakh discounts this month while that of last month were merely at Rs 1 Lakh. Similarly, customers can avail up to Rs 65,000 discounts for the Tata Harrier, which were at around Rs 40,000 earlier.

Speaking of which, the flagship SUV by Tata Motors, the Hexa was rumoured to face the axe by the time the Tata Buzzard arrives. However, the domestic-grown auto company has recently rubbished these claims and confirmed that the Tata Hexa will continue to go on sale in the country. Aside from that, the Tata Hexa will be upgraded to the BSVI emission standards by April 2020. 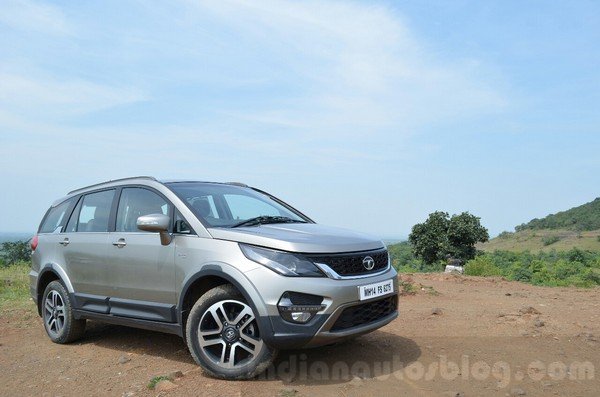 Tata Hexa witnessed only 148 units sold in September 2019 that forces Tata to offer huge discounts for the vehicle.

The Tata Hexa has been witnessing steep sales dump in the past several months. Sales of the car fell by 79 per cent with only 148 takers in September 2019 while that of Sep 2018 were 692 units. With the huge discounts offered on the Hexa, sales of the car are expected to go up next month.

The Hexa saw a mild update earlier this year, with the inclusion of new features and the removal of a few ones on select variants. Available in XE, XM, XM+, XMA, XT, XTA and XT 4x4 trims, the Tata Hexa is offered with dual-tone colour treatment along with Titanium Grey or Infinity Black-finished roof on the top-spec models. A set of 19-inch diamond-cut alloys are kitted out with the automatic variants while the 17-inch charcoal grey alloy wheels stick to the manual counterparts.