It is the first time Honda prepares all sets to introduce to the Indian Auto market a new model of CR-V which will be powered by a 1.6-litre diesel engine along with up to 7-seats configuration.

It has been more than a decade since the first crossover CR-V SUV was launched in India. The fourth-gen SUV was made available to the Indian market in 2013. This time around, the new model is well-prepared to make a comeback with a new style and design appealing to a lot of auto fans. The predecessors of the CR-V SUV in the country was ready for use with only a petrol engine but now this fifth-gen car comes with many first segment features such as an optional 1.6-litre diesel powertrain along with 7-seaters option 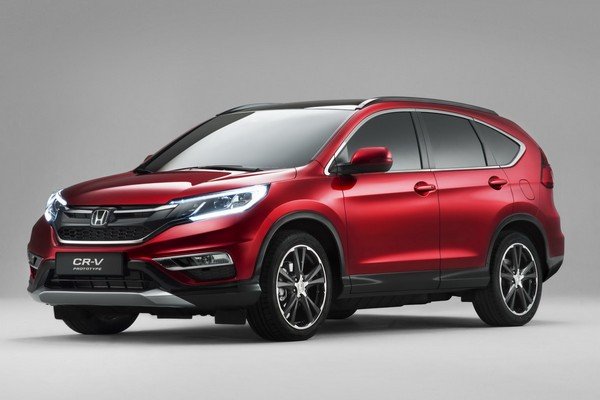 In terms of engine, petrol and diesel are all available in the fifth-gen CR-V. The 1.6-litre turbo-diesel engine can produce 120bhp and 300 Nm of torque while the 2.0-litre petrol engine generates 154bhp and 189 Nm unit. The diesel unit is mated to a 9-speed automatic gearbox with paddle shifters as standard while the petrol motor is paired to a CVT (continuously variable transmission). Style and versatility come together in the Honda CR-V 2018

Besides the diesel engine, Honda CR-V 2018 also comes with a third row of seats. This 7-seaters configuration helps the ultimate Family SUV attract more customers who are demanding for a seven-seat car. Adding to those features, the front and rear of the car are also redesigned with full LED headlamps, tail lamps, LED DRLs, push-button gear selector (for diesel variant), a 7-inch touchscreen infotainment system equipped with top contenders such as Apple CarPlay and Android Auto. This new CR-V is projected to be priced at around Rs. 28.15 lakh and Rs 32.75 lakh (ex-showroom) and become a big rival of other siblings such as Toyota Fortuner, Ford Endeavour (for 7-seaters) and Hyundai Tucson or VW Tiguan (for 5-seaters).

Facelifted Honda City to Launch in India by 2020