Ford Freestyle Gets Updates after Announcing to Hike up the Price

5 0
Ford has recently updated for the new Freestyle hatchback with the new color option and minor changes.

Have not explained about the increase in price announcement for the Ford Freestyle last week, Ford has today confirmed to offer some updates for the car as a detail explanation. The cross-hatchback will be refreshed right before the upcoming festive season.

The first change is the new shade which is expected to be called the ruby red. This new paint color is claimed to be a fresh exterior paint shade. In particular, it will be available with ORVMs on the body as the standard across the range. 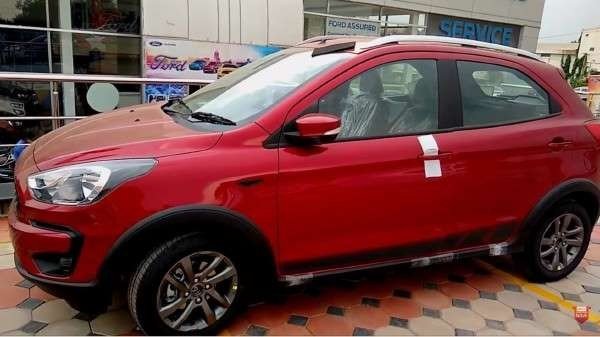 Besides, the hatchback will also be updated with adjustable rear headrests which are considered an additional equipment as it were not available since it first launched in April 2018.

As for the performance, the Freestyle Ford offers Ford Freestyle might be available in both of 1.2-litre and 1.5-litre engine

Both of these engines come mated to a five-speed manual transmission. These updated features could explain the increase in price which has announced a few days ago by Ford. The cross-hatch is now ranging from Rs 5.23 lakh to Rs 7.89 lakh (ex-showroom, Delhi).

Apart from updating for Ford Freestyle, the automaker also plans on launching the facelift for its compact sedan which is the Aspire. It is expected to take place on October 4. This new model witnesses a similarity with the Ford Freestyle regard of the design, equipment as well as the powertrain.

The Ford Freestyle now takes on the likes of the Tata Tiago NRG and Maruti Suzuki Ignis.