23 0
Ford has given its popular SUV Ford EcoSport various changes recently in regard to styling, features or price.

Ford Ecosport is currently given the yearly updates which include the addition of the new variant EcoSport Thunder and some minor updates across the range. Upgrading this compact SUV is considered necessary and demanding, given that the competition in the segment of sub-four-meter compact SUV is more intense than ever. Ford will not only update the EcoSport but also revise the price of this SUV. Thanks to a higher level of localisation, Ford could now sell the EcoSport at a more competitive price. Ford has announced to lower the cost of the EcoSport by Rs 57,400. Ford EcoSport's price is lowered across the range

At the lower range of the EcoSport line-up, the 1.5-litre petrol MT Ambient variant’s price is cut down by Rs 14,000. The 1.5L gasoline MT Trend is given the smallest price cut of only Rs 8,300.

The only automatic option of the whole range, the 1.5L petrol AT Titanium Plus, is now priced at Rs. 11.08 lakh after receiving a price cut of Rs. 28,700. The price changes vary from variant to variant. Let’s check more details below:

Besides the familiar variants, Ford EcoSport has added the new Thunder Edition. This new variant comes with sportier looks and some stylish touches that set it apart from the rest on the range. However, there is no mechanical change included in this new variant. The EcoSport Thunder Edition comes available with two engine options, both petrol and diesel. However, it is only paired with the manual gearbox. The Thunder Edition has been priced at Rs. 10.18 lakh (petrol) and Rs. 10.68 lakh (diesel). 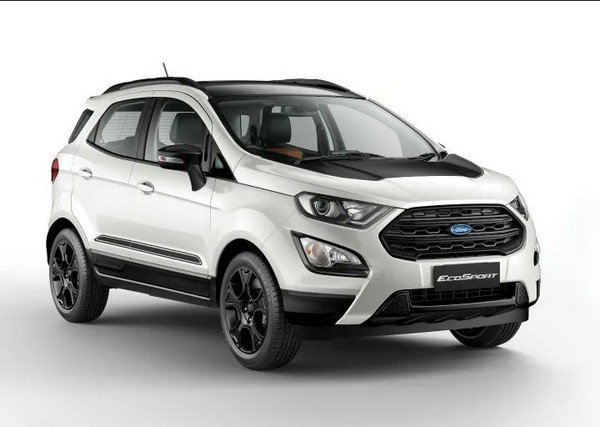 Recently, Ford EcoSport is gradually dipping on the sales chart. It is no longer stay on the top three best-selling models, giving up the space for newer cars like Mahindra XUV300, Tata Nexon and the segment-leading Maruti Brezza. With the recent launch of the new Hyundai Venue, Ford EcoSport is now facing an even harsher competition. It is understandable that Ford is hastily delivering new updates and price revision.