The legendary American muscle car Ford Mustang has been selling like hot cakes in India with 32 units retailed in April 2019.

It has been almost 3 years since the Ford Mustang pony car was first imported via CBU (completely built-up unit) route to India in July 2016. Since its launch, the Mustang has received no generation change or update in India, despite the fact that the facelifted version of the current-gen Mustang has been selling in internaional markets since 2017. 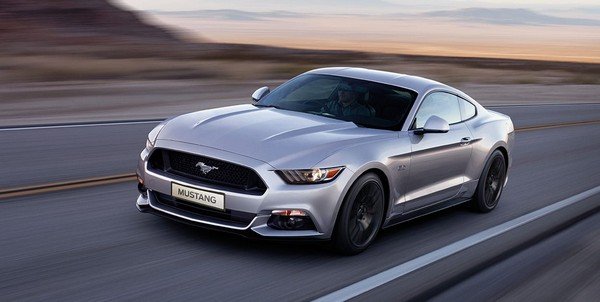 Ford Mustang has already celebrated its golden anniversary with more than 50 years of legends around the markets in the world.

Due to the high tax rate placed on CBU-imported vehicle, the price of the Ford Mustang is 3 times higher than that of its domestic market- the USA. This means that the India-spec Mustang posts a premium of INR 21.92 lakh over the US-spec model, jacking up the ex-showroom price of the pony car up to INR 70 lakh in India.

However, many Indian customers are willing to dig deep into their pockets to be able to get behind the Mustang’s wheel. In fact, the American auto major has been selling the Ford Mustang in larger numbers than expected, with 32 takers recorded last month alone. This number translates into a massive year-on-year growth of 433 per cent when compared to just 6 units of Mustang sold in India in the same period of 2018. The MoM (month-on-month) sales also increased by 220 per cent, with just 10 units of the Mustang retailing in March 2019. In many international markets like Germany, the 55-year-old American muscle car has been a roaring success as well and has instantly climbed up to the top of the supercar sales charts there. In India, the Ford Mustang is enjoying a successful run with an YoY sales growth of 433 per cent.

The world-renowned Ford Mustang is truly a stunning sports car with its 5.0-litre Coyote V8 engine that can pump out 395bhp of max power and 515 Nm of road-shattering peak torque. The power is transferred to the rear wheels via a 6-speed automatic transmission, which also features paddle shifters behind the wheel.

Recently, there are a host of rumours suggesting that the facelifted Ford Mustang is about to make its Indian entry sooner or later. This comes as a result of a set of spy shots that have cropped up across media channels, revealing the new Ford Mustang GT during its running trials on the Indian roads. The Mustang facelift will receive significant exterior cosmetic changes along with mechanical updates, along with an enhanced equipment package and interior trim as well. Also, reports also suggest that Ford Motor is working on an all-new electric SUV based on the legendary Mustang, which will have its global debut in late 2019.