Full-hybrid Honda City expected to arrive in India in 2021

According to Livemint’s recent report, the next generation of Honda City will launch in India in early 2020 in petrol and diesel iterations and get a full-hybrid setup the following year. This matches the claim of another report that claimed the popular sedan would get a major upgrade later this year.

Honda City could get a full-hybrid setup by 2021

Rumours surrounding a full-hybrid Honda City have been going around since January 2018. However, later it was commonly believed that Honda couldn’t overcome the cost problem for the time being and can only offer the Indian market a semi-hybrid variant pretty much similar to the SHVS system used by Maruti on Ciaz and Ertiga.

While the full-hybrid version of the City has launched in several selected foreign market, the Japanese manufacturer has hesitated to make this option available to Indian fans partly because of the ambiguous government policies on hybrid vehicles. However, the company is reported to be in a preparation process to finally bring this technology to the Indian market. Sources reveal that the production plan has been conveyed to stakeholders.

President and CEO of Honda Cars India Ltd. Gaku Nakanishi said in an interview that the company plans to introduce a full-hybrid vehicle in three-year time as a bridge to pure electric cars. 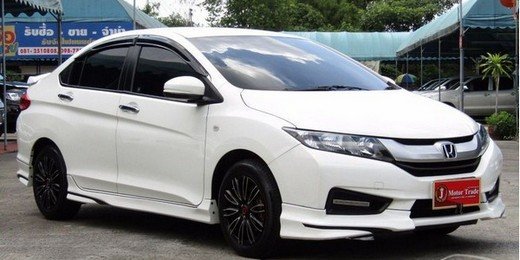 The Thai-spec City comes with both hybrid and petrol options

The Thai-spec City launched later this year comes with hybrid and petrol options. The former features an i-MMD motor powertrain consisting of a 4-cylinder 1.5-litre petrol engine and two extra electric motors, while the latter is a 3-cylinder 1.0-litre turbocharged VTEC petrol engine. The low-displacement petrol motor may be updated to fill E85 and produce a maximum torque of 200 Nm. Specifics on the new design are scarce, but it may inherit some design elements from the new-gen Insight and Accord.