Here's an HM Contessa, which has been restored to look like if it has been rolled off the production line, a few minutes back.

Hindustan Motors is a brand that has failed to find to its existence in the era of flashy modern and advanced cars. But long back, when India had just started to receive mass-market cars, Hindustan Motors was a big name in the industry, and so were its cars. The most iconic of all the cars sold by Hindustan Motors was the Contessa. It was long and imposing, with the stance of a muscle car and an actual 3-box silhouette. The car was loved by both enthusiasts and rich businessmen of that time. Based on the Vauxhall Victor, it was offered with both petrol and diesel engines. However, it is super-rare to see one in its stock form, as most have been modified or are left to die. But, there’s one HM Contessa that has been restored to look like a newly manufactured car.

Also Read - This Modified Army Jonga Looks Magnificent, And Its For Sale! 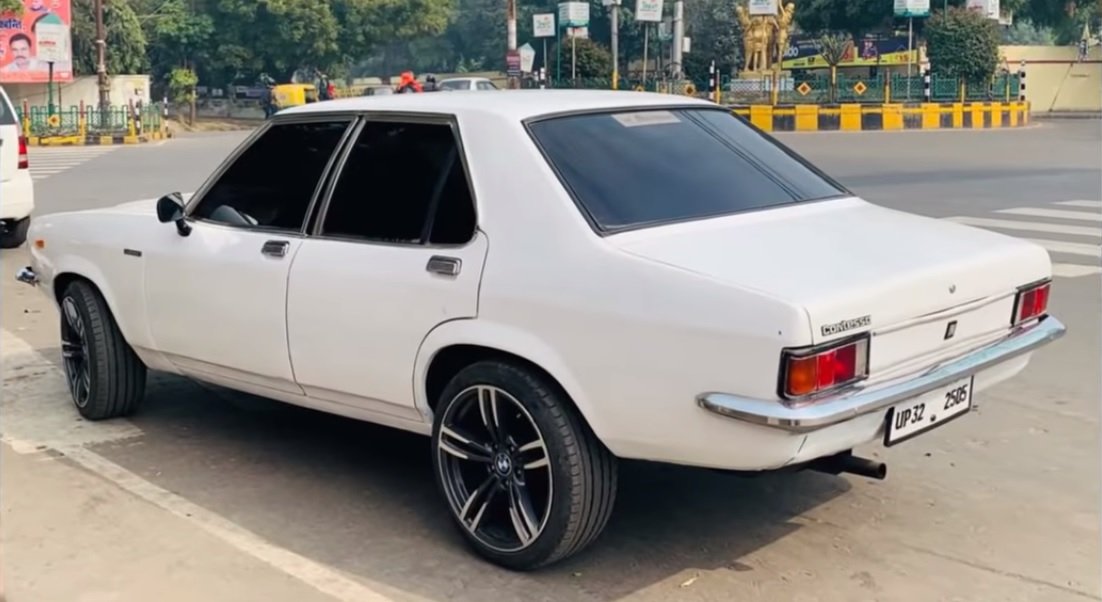 The engine on this car is kept intact, and so is the case with its looks.

The HM Contessa in pictures here is a 1996 model year example and has a 1.8L Isuzu-sourced petrol engine. In its full capacity, the engine could produce a peak power output of 88 BHP and a max. torque of 135.24 Nm. With a compression ratio of just 8.5:1, the car had an oversquare engine and thus, offered strong low-end grunt. We came across this neatly restored Contessa via a video uploaded on YouTube by PR Play

The engine on this car is kept intact, and so is the case with its looks. The car is painted in a shade of white and the bumper is finished in chrome-plated steel to make it look like the stock car. On the outside, the 18-inch alloy wheels are the only visual change that differentiates it from the stock Contessa. The interior, however, is done in a tan shade of leather. The dashboard, door pads, steering wheel, and seat are all upholstered in leather and it is hard to believe if it’s the old Contessa.

The car has been restored with stock parts to almost every extent. In the video, the owner of this car revealed, he paid 10X more price than the actual cost of headlamps to get the OEM units. Talking of the total cost incurred to the owner in order to restore this HM Contessa, it is estimated to be around Rs. 4.00 lakhs.
Share Tweet