29 0
New Honda Brio will look completely different from the current model. But what about the interior and the engine? Let's take a look at the new Honda Brio revealed at Gaikindo Indonesia International Auto Show.

Honda has revealed the new Brio at the 2018 Gaikindo Indonesia International Auto Show in Jakarta. The new Brio will welcome many new changes that would renovate the Brio from inside out.

The Honda Brio takes up the Honda Small RS concept introduced at the 2018 Indonesia International Motor show. More specifically, the new car will share the same body panels, as well as the rear and the front profile. At the GIIAS, Honda has unveiled two variants, the standard and the Brio RS – the sporty version. 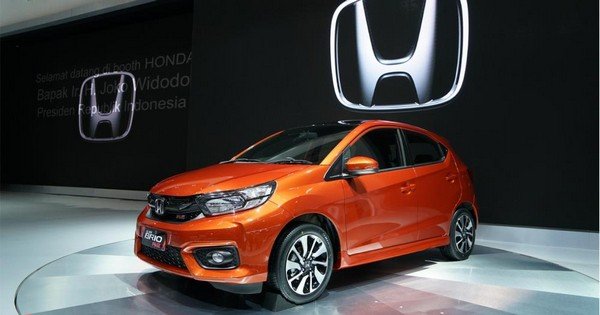 From the front end, the Brio bears many resemblances to the Mobilio MPV. Headlamps with light guides also appear on the front.

Notably, at the rear end, the Brio has abandoned the old all-grass boot lid and replaced it with a normal one. This change allows higher practicality.

When entering the cabin, you can see that the interior of the Brio has borrowed quite many features from the refreshed Jazz in India market. The sporty variant, the RS, is equipped with a 6.1-inch touchscreen infotainment system. For the standard version, there will be a 2-DIN audio system. Moreover, the RS also has some special red accents on the dashboard and on the AC vents. The rear seats will get adjustable headrests. The Brio also offers manual AC, audio-controls-mounted steering. Overall, it still retains many features of the previous model. One thing that is obviously improved is the space. Honda promises that the Brio will be more spacious in the cabin as well in the boot space.

In the Indonesian market, the new Brio comes with a 1.2-litre petrol engine. The mill is able to produce 90PS of peak power and 110Nm of peak torque. The engine of the standard engine is mated with either a 5-speed manual gearbox or a 7-step CVT. The RS variants will offer a different transmission of a different tune.

It is still not clear if the Honda will arrive at the Indian market or not. However, the comeback of a new Brio is needed to strengthen the foothold of Honda in the segment. The price of the Brio when coming to India might range from 5 lakh to Rs 7 lakh. It will pit itself against Maruti Suzuki Swift and Hyundai Grand i10.