2020 Honda City Hatchback In The Pipeline, Larger Than Maruti Baleno

According to leaked patent images, details of a new Honda car have been revealed – a hatchback based on the next-gen Honda City. Read ahead for the details.

The new-generation Honda City was recently launched in Thailand, and is expected to be introduced in India some time during this year. While that is quite exciting news in itself, there is more on the way! Patent images for an upcoming Honda car have been leaked online, giving us a peek into what the Japanese car giant is cooking behind the scenes.

As per the images, we can see that the new car will almost be the same as the 2020 Honda City. It has the same front-grille design as that of the Honda City, and comes with a giant chrome bar running horizontally between the two headlamps, over-lining them as a sort of eyebrow-like effect. The side profile is largely the same, with the biggest difference being the lack of an extended boot in the hatchback. The rear of the car has very similar design elements as well. The taillamp design remains the same, but the tailgate now more raked, just like you'd expect from a hatchback.

There are no interior details of the Honda City hatchback available at the moment, but we can safely assume that it will borrow elements from the new City and even the next-gen Jazz. Space, of course, will be of paramount importance. The new car will probably have the same dimensions as the City, except for the length. The wheelbase will be 2,589 mm long. Compared to the best-selling premium hatchback in India, Maruti Baleno, it is longer by 69 mm. What this basically means is that the upcoming model will be a shoe-size larger than the Baleno.tr 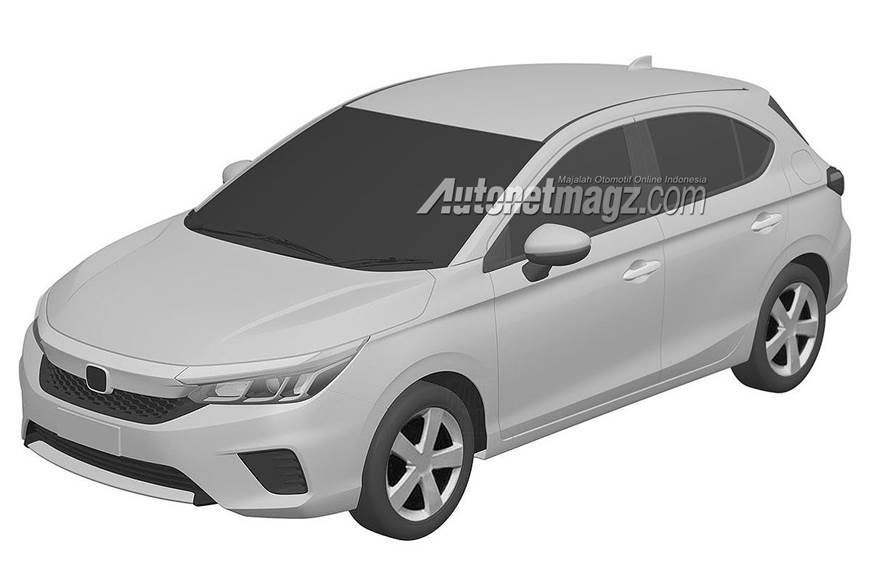 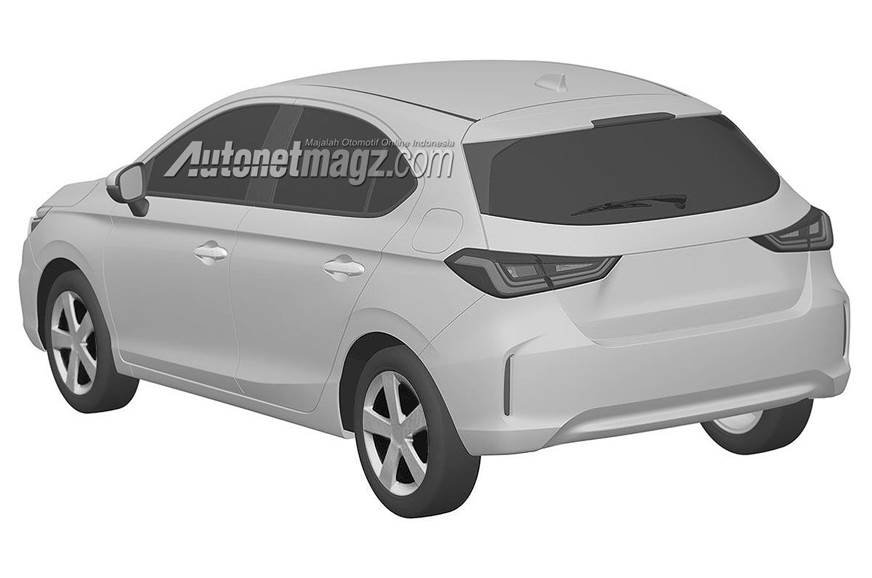 Engine options are expected to be the same as well. The 2020 Honda City is available in Thailand with a 1.0-litre turbo-petrol paired to a CVT. The lower-spec variants come with a 1.5-litre petrol engine with a mild-hybrid system onboard. As the car is still only in the development phase, it will be a while before we see the production form make an international debut. The car might be a potential replacement for the Jazz in a few international markets. As Honda has confirmed that the next-gen Jazz won’t be coming to India, this new hatchback could be a great product for our market.