Honda CR-V 2018 Features: What to expect in the all new CR-V

2018 Honda CRV will be launched by October. This time, the car will come with a more feature-rich package and new engine option.

The new Honda CR-V 2018 will be launched in October 2019. Besides the addition of the diesel engine, the 2018 Honda CR-V will be loaded with many fascinating techs and features, many of which appear the first time ever in the CR-V.

Before the official launch in the Indian market, we will take a look at the features kit that this new car will bring us. What is included on the package and how it will differ from the latest version as well as the international version? Here we will give you all a sneak peek at the 2018 Honda CR-V to see if the Honda CR-V 2018 features will benefit its customers.

Application of LED on the headlight, fog light, and tail lamps

Honda will give the new CR-V generous touches of the premium LED lighting. Besides the necessary cosmetic changes, the CR-V will also be updated with LED on the front headlight as well as on the rear side with tail lamps and fog light, giving the exterior a sleek and contemporary look. 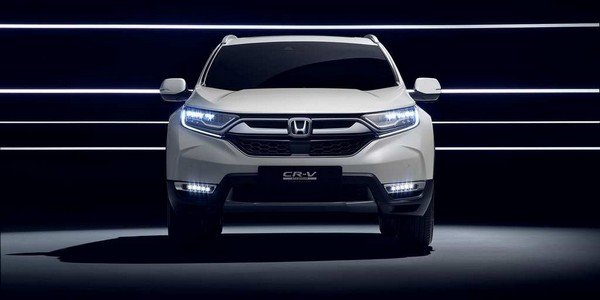 The CRV will adopt the LED light on the headlight, fog light, and the tail light units

Unlike its predecessors, the 2018 CR-V is designed as a seven seater for the first time. Having three row, the CR-V is able to accommodate up to seven occupants. This offers a good option for those who are looking for a big-sized car for a large family. 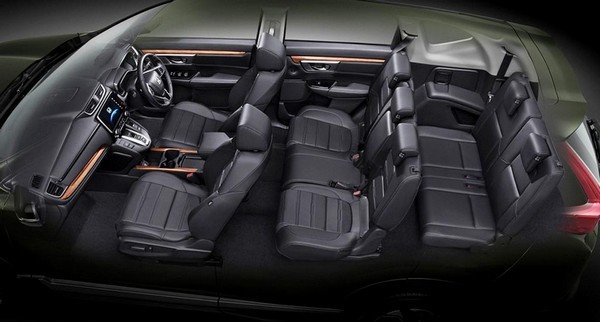 The CR-V now will come as a seven-seater SUV, allowing a bigger capacity for a large-sized family

The best thing about the Honda CR-V 2018 features list might be the appearance of AC vent on all three rear, which is not always the case for the cars of its class. Usually, you could only have the air vents for the first two rows, but with the new CR-V, even the third-row passengers could enjoy the ultimate pleasure of having their own fans. In facts, within the cabin of the new CR-V, you will get the fresh air from 10 AC vent. Four of them are set on the dashboard. There will be two vents mounted on the central console to deliver air to the second row, and another four vents will be hung over the roof of the car, which will cool off both the second and the third rear.

The touchscreen of the Honda CR-V comes as a well-equipped unit which is packed with many advanced techs like built-in navigation, voice control as well as Android Auto and Apple CarPlay support. Besides these popular functions, the CR-V’s touchscreen also comes with one special feature: the left blind spot camera display. There will be the camera put on the left door mirror which will send the live record to the touchscreen display. This function will be activated one the left indicator is on. 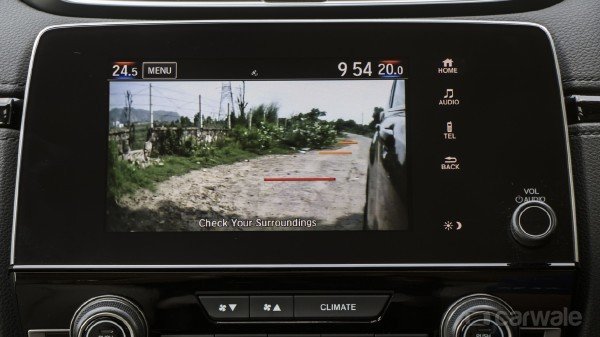 By eradicating the left side blind spot of the car, this feature promises to bring in the most comfort and convenience when the driver performs parking as well as to ensure the safety when driving. It could bring high-quality and lag-free live video, allowing the best experience for the driver.

On this first appearance on the Auto Expo 2018, the Indian-spec CR-V has appeared with a hand-free tailgate. It is the first time that an Indian-spec Honda gets this features. With this special treat, the users could open and close the boot lid by a putting their foot under the tail bumper. Imagine that you have all your hands engaged with loads of grocery bags, and you can lift the booth with just one single foot wave. What an ease!

With the hand-free tailgate, you can open the boot lid effortlessly

The SUV will be well-equipped with a long list of safety features. On the base trim, it will come with an extra kit of six airbags, ABS with EBD, brake assist and ISOFIX child seat, not to mention that on higher variants, there will be advanced techs like Honda’s Collision Mitigation Braking System, Adaptive Cruise Control, parking camera with multi-angle, Blind-Spot Warning and Lane-Keeping Assist. This the first time that the CR-V comes with a diesel option. The diesel model will be powered by a new 1.6-litre turbocharged four-cylinder diesel engine. Finally, the CRV has arrived with the full pack of SUV body type-diesel engine. The new 9-speed ZF automatic transmission will deliver the power pumped by the diesel motor to the wheels.

Besides the addition of the diesel engine, the CRV will also deploy an AWD system. It will bring in a powerful performance that is highly expected in an SUV.

Check out the latest car news in Indian, especially on Honda CR-V by visiting our website IndianAuto.com