The China-only new Ford Territory will be launched in LATAM markets. The new Ford SUV will rival the like of Hyundai Creta and some other cars in its space.

Ford Motor has recently confirmed that its Chinese SUV-based all-new Ford Territory would be launched in the LATAM markets next year. The China-only Ford Territory was displayed at 2018 Sao Paulo Motor Show and has been advocated as a solid member to join Ford Brazil’s portfolio since then. 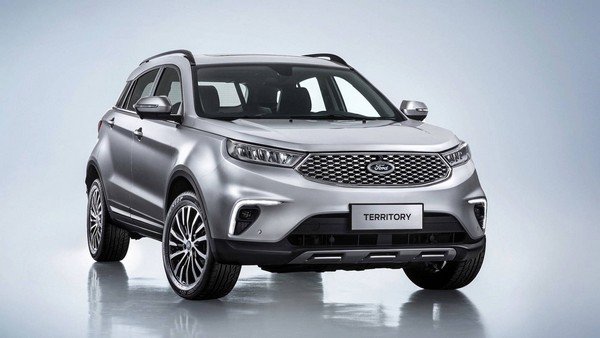 The Ford Territory is currently on sale in the Chinese market only.

Considering the phenomenal response from the customers towards the Territory, especially in the key terms of exterior, interior styling design along with technology and comfort, Ford decided to roll up its sleeves to bring this car outside the Chinese boundaries. Having said, the new Ford Territory will soon be introduced in the LATAM markets in 2020. The American carmaker confirmed that the car will have its debut at the Rock in Rio Festival held in September.

Developed under the Ford – Jiangling Motors Corp (JMC) partnership, the Ford Territory is basically a rebadged JMC Yusheng S330. Ironically, it shares the same platform with the Landwind X7, which is, in fact, a Range Rover Evoque rip-off. However, the Hyundai Creta-rivalling SUV still holds a handful of differentiating features, indeed. The Territory has been developed under Ford China and JMC partnership and is essentially a rebadged version of the JMC Yusheng S330. It is claimed to offer to best-in-class interior space along with a number of excellent features and equipment.

Visually, the Ford Territory shares some design cues with the S330, be it a floating roof or flared wheel arches. Besides, it also adopts the company’s signature hexagonal front grille along with LED headlamps, distinctive fog lamps and some cladding, adding more to its rugged look.

In China, the Territory employs a 1.5-litre EcoBoost145 petrol motor under the bonnet. This direct-injection turbo-petrol engine is capable of churning out 142 PS of max power and 225 Nm of max torque and comes mated to a CVT option. Ford revealed that it might introduce electrified powertrain options for the Territory at a later date. In India, the Blue Oval has already announced that all locally-built Ford SUVs would be developed under its partnership with Mahindra. The company is in the works to launch a new B-SUV and a C-SUV in our market. Information about these vehicles is still under wraps.