Hyundai Grand i10 Nios AMT Spotted Ahead Its launch

Hyundai Grand i10 Nios AMT has been spotted at what looks like a dealership yard, ahead of its launch scheduled on August 20. The car looks like the Sportz AMT trim, as it sits on the black alloy wheels, in contrary to the dual-tone diamond-cut wheels that have been seen on the top-end Asta variant.

Hyundai is all set for its third launch this year tomorrow in the form of the Hyundai Grand i10 Nios. The Nios, which is the third-gen i10, will sit right in between the Grand i10 and the Elite i20 as the manufacturer’s 4th hatchback offering. The Nios will be an India specific model of the new-gen i10, whereas a different version of the same will be unveiled at the upcoming Frankfurt Motorshow and will be sold in the international markets. The AMT variant of the 2019 Hyundai Grand i10 Nios spied at a dealership yard.

With production commencing earlier this week, the Hyundai Grand i10 Nios has already reached the dealerships, which means deliveries could start soon after the official launch tomorrow. So far, we have already seen dozens of spy images of the new model but the latest batch of pics show the new model's AMT shift-lever in broad daylight. The car spotted at the dealership yard is the Sportz AT variant, since it rides on black-finished alloy wheels instead of the dual-tone units seen on the top-of-the-line Asta trim. The AMT lever of the Hyundai Grand i10 Nios can be clearly seen in one of the latest spy images.

Hyundai, with the launch of Nios, will not pull the plugs off for the current Grand i10; instead, both the cars will share the same floor space. But, the Grand i10 will not be offered with a diesel engine option, keeping it as an exclusive option for the Nios. The Nios will be offered with 2 different engine option and 2 different gearboxes to choose from. There will be an 83 bhp 1.2-litre 4-cylinder petrol engine option and an 83 bhp 1.2-litre 3-cylinder diesel mill. The gearbox options list will include a 5-speed manual box and a 5-speed AMT. 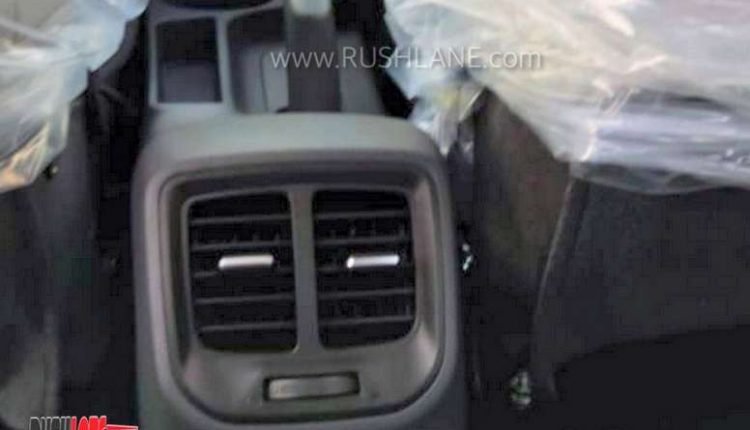 Nios will also come equipped with rear AC vents for the second row of seats.

The 2019 Hyundai Grand i10 Nios will be launched in a total of 4 trim levels for the petrol variant, namely Era, Magna, Sportz, and Asta. The Diesel variants will do with only 3 trims, keeping aside the base Era variant. Expected to be priced somewhere between INR 5.0 to 8.0 lakh, the new model will take on the likes of Maruti Swift, Ford Figo, and Tata Tiago.