Hyundai Grand i10 Nios was launched in India recently. Following the introduction of the the Indian launch of the i10 Nios, Hyundai has revealed the performance-oriented N Line version of the i10 Nios at the 2019 Frankfurt Motor Show. The i10 N Line displayed at Frankfurt is based on the third-gen Europe-bound i10 which is close to the recently launched model for India market. The i10 N Line is expected to launch next year. Prior to the introduction of the i10 N Line, Hyundai will have had three models under the N Line’s range, including i30 hatchback, Tucson and i30 Fastback. To deliver a distinguished performance for the i10 Nios, Hyundai has replaced the engine of the regular version with a 1.0-litre three-cylinder turbocharged petrol unit. With a maximum power of 99 bhp and a peak torque of 172 Nm on tap, this engine is the most powerful engine on the i10’s current range. Currently, in the European market, Hyundai i10 comes with two engine options, a 1.0-litre three-cylinder petrol with a peak power of 66 Bhp and a 1.2-litre four-cylinder petrol engine with 83 Bhp. 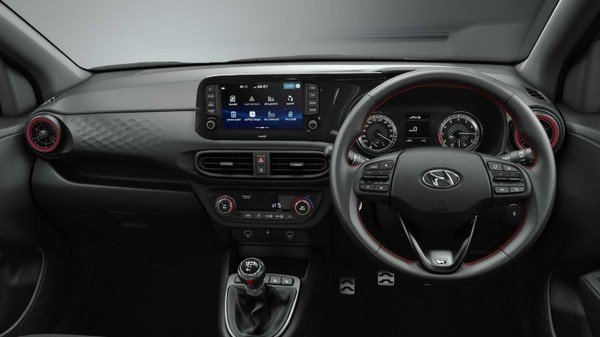 Just like other N Line model, the i10 N Line will come with new sporty design elements

Besides a more powerful drivetrain, the i10 N Line also comes with a updated exterior that highlights its sporty nature. On the fascia, the i10 N Line features a revised bumper, redesigned grille and a new set of LED DRLs. To the side profile, the performance-highlighted i10 now sports a set of exclusive 16-inch alloy wheels. On the rear end, Hyundai i10 N Line is adorned with some sporty elements like a diffuser, a rear skid plate and new colour options. On the inside, the i10 N Line remains the majority of the design. However, it gets some new touches, for example, steering wheel with N badge, new gear-shift lever, revised seats and metal pedals.

Europe-spec Hyundai i10 N Line is expected to go on sale next summer. It is possible that Hyundai will introduce the i10 N Line to our market as well. If it is true, it will be the first model of N Line to be offered in India. For more information, visit IndianAuto.com.