After being officially displayed at the Auto Expo 2018, a Hyundai Ioniq EV test mule without camouflage was spotted testing in Chennai last week.

Hyundai has been considering the launch of the Kona EV and Ioniq EV in the Indian auto market. It has decided that the former will be launched first followed by the other after the Southern automaker has received and considered the customers’ feedback on the Kona. Despite its unsure fate in India, last week, a testing mule of the Hyundai Ioniq EV was spied in Chennai without camouflage, disclosing important details about the Ioniq EV. As regards the exterior, the Hyundai Ioniq has a special front to differentiate itself from the hybrid and plug-in hybrid versions. The front grille has been eliminated to give way to a polishing surface as it is not necessary to cool the motors. Other distinctive features include LED headlights, unique alloy rims, copper-painted lines below the bumper, and rear taillamps with a unique pattern. The spy images do not reveal much about the interior; however, we can still realize some copper-coloured accents in the cabin as its one of the most outstanding feature. 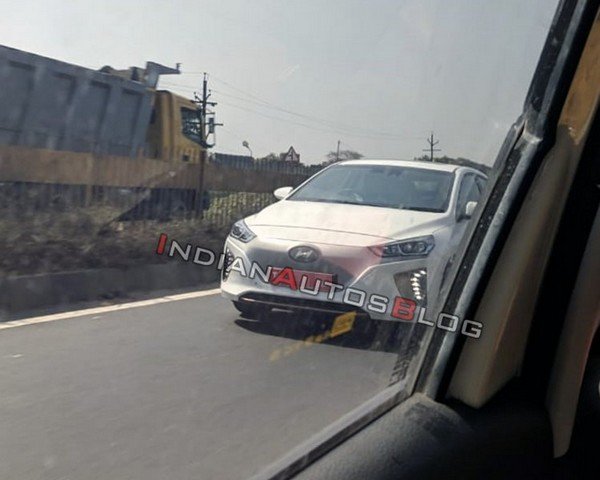 The Hyundai Ioniq EV gets the power from a 28 kWh Lithium-ion polymer battery package positioned under the rear seat row which is good for 88 kW (120 PS) against 295 Nm with a more than 280 km travel range and a maximum speed of 165 kmph. With a 6.6 kW onboard charger and a 7 kW wall box, the battery pack can be fully charged in 4 hours and 25 minutes. With a 100 kW quick charging system, it takes only 23 minutes to be 80% charged. 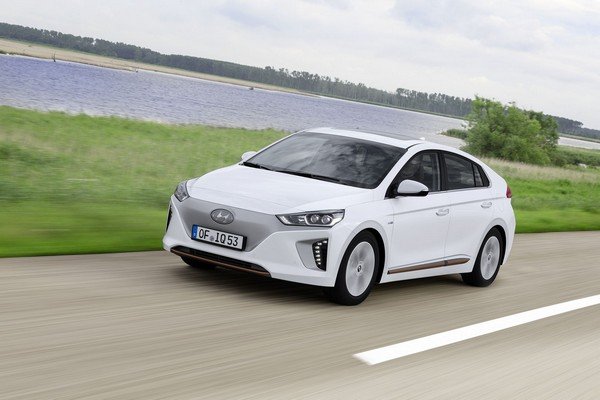 If launched in India, the Ioniq EV is likely to be priced at no less than Rs 20 lakh (ex-showroom). With the Kona EV which is going to be launched soon, Hyundai will get to understand the Indian EV segment better. Based on the knowledge it has gained about this potential segment, low-cost and high-volume electric vehicles which belong to the A and B segment will be manufactured by the South Korean automaker in the country. Hyundai is also planning to turn India into a manufacturing centre for its base-level EV.