Hyundai Motor has launched the Kona Electric EV in July 2019 at the price of around Rs 25.30 Lakh (ex-showroom, Delhi). Reports say that the South Korean company would give the pure electric SUV a facelift which is set to make it to India next year. The Kona Electric facelift might set some minor cosmetic changes on the outside compared to the previous model.

Reportedly, the 2021 Hyundai Kona Electric (facelift) will not get major changes in terms of design compared to the earlier version. The significant updates on the inside should be a larger 10.25-inch touchscreen infotainment system in place of the current 8-inch unit.

On the mechanical front, the upcoming Kona Electric will more likely to be installed with a heat pump to maintain the battery performance for a greater power consumption of the vehicle when driving under cold weather. The battery capacity will remain the same at 39.2 kWh or 64 kWh. 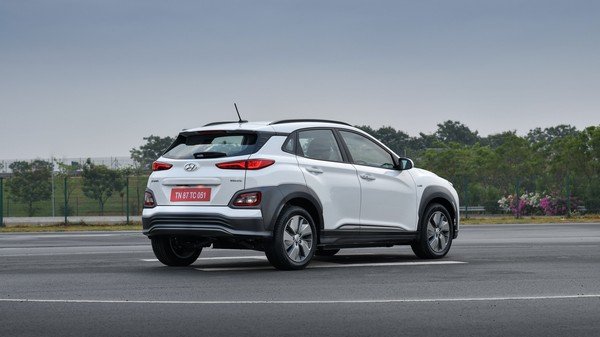 The new Hyundai Kona Electric facelift is said to be introduced in the country during the H2 of 2020.

In the Indian market, the current Kona Electric is packed with a permanent magnet motor that draws the power from a 39.2 kWh battery. The electric motor can churn out 136 PS of power and 395 Nm of torque with an ARAI-rated driving range of 452 kilometres. The electric SUV is claimed to rocket from 0 to 100 kmph in around 9.7 seconds.

Also Read - Hyundai i10 Electric In The Works

In a similar movement, the electric version of the Kia Seltos is also in the pipeline. The Seltos EV will see its first market launch in China during the second half of 2020, followed by the Indian launch scheduled for sometime in 2021. The upcoming Kia Seltos EV will become arch-rival of the Hyundai Kona Electric and the recently-unveiled MG ZS EV which will go on sale in our country in January 2020.